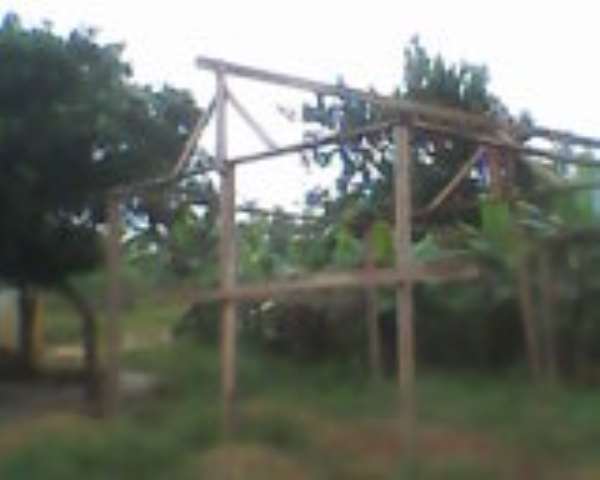 Eduosia D/A Basic School can be found in Asikuma-Odobeng Brakwa District in the Central Region of Ghana. The school established in 1958 was made of mud walls, roofed with thatch raffia by the community and later taken over by the government in 1963.

After the government took over, the thatch roofs were replaced with iron sheets on the existing structure.

Staying with that it may interest you to know that kindergarten 1 and 2 pupils are sharing one classroom and the same can be said of primary 2 and 3 pupils. Frankly the staffs of the school have made frantic efforts to solicit for help from all corners to get to the bottom of this sticky situation.

As matter of fact their hard work yielded some results to the extent of governments, District Chief Executives (DCEs), some members of parliaments, organisations likewise individuals donating items in the form of bags of cements, iron rods, woods, roofing sheets just to mention a few to deal with the circumstance.

Their efforts are well-noted. However the picture above clearly shows the uncompleted kindergarten 1 and 2 classrooms started by the Parents and Teachers Association (PTA) in conjunction with the community folks to avoid continuous congestion of pupils in one classroom. The work has come to a standstill due to lack of support.

Truly this condition is contributing to ineffective teaching and poor performance among the pupils both in and out of the school.

As matter of urgency, we need more support from benevolent bodies, corporate entities, stakeholders, Non-Governmental Organizations (NGO) and others to come to our aid.