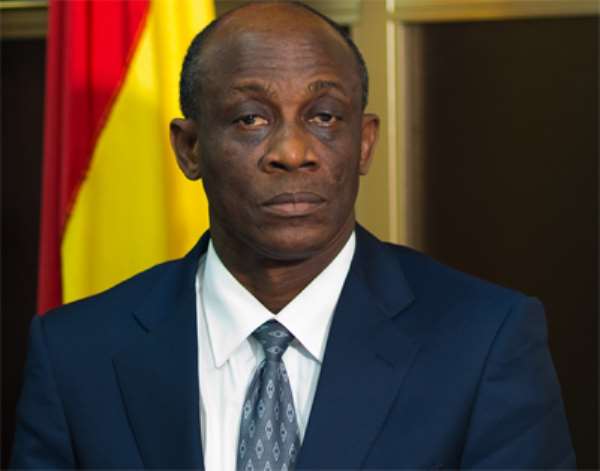 The Finance Minister, Seth Terkper met the investors in Accra last Friday to convince them invest in government's upcoming $100 million bond this month.

The bond, if successful will be used to restructure maturing  debts as  well as  infrastructure development.

Earlier this month, government announced that it plans raising about GH¢25 billion through bonds and treasury bills for the rest of year.

The announcement was a revised issuance calendar indicating government's plan of borrow from August to December.

The report showed that about Gh¢24 billion of the funds raised will be used to clear previous bonds issued that are maturing, with the remaining going to support fresh commitments.

As part of the plans, a three-year bond will also be issued in November to raise GH¢700 million while it hopes to issue its first 10-year local bond of GH¢200 million.

According to government, the calendar aims at continuing the objective of lengthening the maturity profile by reducing  short-term borrowing.

It adds that the 3, 5, and 10-year issues will be done per the calendar through the book-building method with settlement on the last Mondays of each month.