Woman tries to win boyfriend back by stripping naked in street 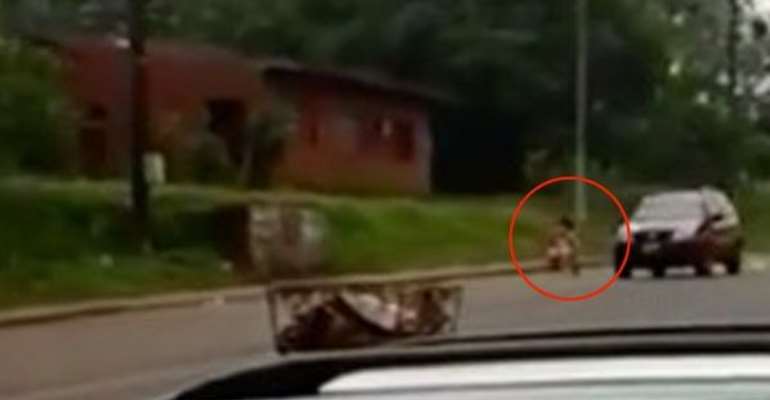 Love will make people do all kinds of crazy things - and that includes stripping naked in the street to get a former flame's attention.

In this case, a spurned lover got everyone's attention - and stopped traffic - when she launched a naked street protest to win her boyfriend back.

The 27-year-old woman told passers-by she was “madly in love” with a man called Fabian Sosa after stripping off and sitting on a chair by the roadside in Eldorado, Argentina.

The woman stayed put and didn't try to cover up even when people started recording video of her with their smartphones.

She told one local: “I’m like this for Fabian Sosa, my eternal love. I want to show him all my affection.”

Footage of the bizarre protest has gone viral on the internet after it was posted on social media.

The attention-grabbing lady was identified as Maria Ester Rotela after she was taken away by police who covered her up with a blanket. She was later taken to hospital.

The man she named has not been spoken to, and it's not known if her protest proved to be a success.

No one was available for comment at the local police department.