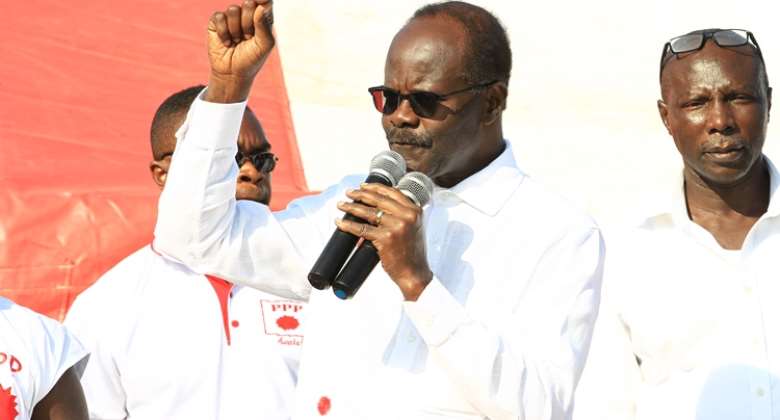 The 2016 Presidential nominee of the Progressive Peoples' Party (PPP), Dr. Papa Kwesi Nduom, wants Ghanaians to reject President Mahama in the December polls due to what he says is his bad record in government.

According to him, President Mahama has failed to deliver on the promises that won him the 2012 elections. Speaking at the party's ‘Don't waste your vote’ rally in Accra on Saturday, Dr. Nduom said the PPP is the only party that is ready to improve the lives of Ghanaians.

Various speakers including the National Chairman and Running Mate to the Flagbearer of the PPP, justified why a vote for both the NDC and the NPP will be a waste , adding that a vote for PPP will translate into incompetent incorruptible leadership, education, preventive healthcare and jobs.

The “Don't Waste Your Vote” national rally, which came off at the Nima Kawukudi Park, brought together the rank and file of the PPP around the country.