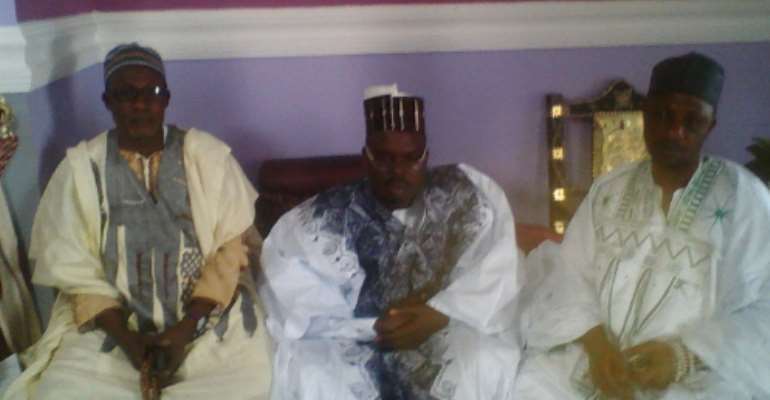 Chief Yussif Tahiru, the Zongo Chief of Asharaja in the Ga South municipality has advised the Zongo communities within the country to be mindful of influences by politicians that could disrupt the country's peace before, during and after the upcoming general election in December.

In an interview during the celebration of the Eid Al Adha, he said, the teachings of the Quran and the principals of Islam itself is an emblem of peace, which Muslim youth especially must abide with.

Speaking passionately about the need of peace and stability, he stated that the devil only finds job for the idle hand, which mostly ends in bloodshed and life lost.

He advised that Muslim youth who engage in political violence should desist from such activities for a better future.

However, he mentioned that although Muslim youths are most often perceived as the most influenced people for violence in political seasons, he believes other tribes within the Zongo communities do engage in such acts as well.

To that effect, he cautioned youths in general not to allow themselves to be used as a medium of violence that could plunge the country into chaos.

He said elections largely depend on understanding issues and the system to enlighten ones knowledge to be well inform in decision making to make a right choice on the day of elections.

He added that low-minded and selfish politicians tries to incite youths with money to engage in confusion and riots only to win elections.

He cautioned that " the Zongo youths and youths across the country should be vigilant not to fall for any peanut that intends to influence them to fight each other, reason being that basically, whiles you fight with arms in hand in the streets, which most of the time some end up losing their lives in the process, their families will be relaxing in their mansions".