NRSC to dialoque with political parties on road safety 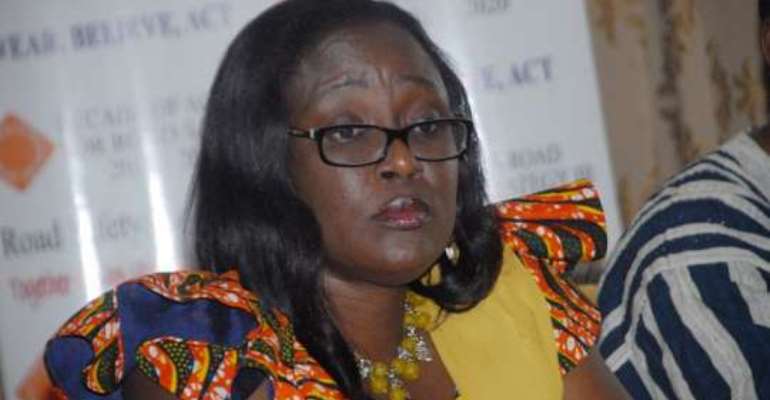 By Kodjo Adams, GNA
Accra, Sept. 17, GNA - The National Road Safety Commission (NRSC), would on September 20 organise a dialogue with political parties on measures to mitigate motor accidents prior to the December polls.

The dialogue would provide platform for the Commission to sensitise political parties to educate their members and supporters on road safety issues to help reduce accidents that occur during political campaigns.

Mrs May Obiri-Yeboah, Executive Director of NRSC announced this when a delegation from the Commission paid a courtesy call on Former President John Kufuor.

The purpose was to invite the Former President to be part of the dialoque and use his influence to educate party supporters on road safety issues ahead of the Presidential and Parliamentary elections.

She said it is imperative for the Commission to meet the various political parties to educate them on the need to sensitise their supporters not to overload and overspeed their campaign vehicles as well as engage in reckless driving.

Mrs Obiri-Yeboah expressed concern about the rate of pedestrian knock downs during election campaigns and urged political parties to be careful of reckless driving especially with the Presidential candidate's convoy.

She said trends, since the 2000 elections, indicate that road crashes increase in election years claiming more lives than malaria or HIV and AIDS and violent crimes.

The former President commended the Commission for the initiative and assured them of his presence to educate supporters of political parties on the need to observe road safety campaigns ahead of the elections.

He appealed to drivers not to drink before driving especially before, during and after the general election.

Former President Kufuor stated that drivers must keep to the posted speed limits on the road, keep a safe distance between the lead and follow-up vehicle, be alert particularly at intersections, and get enough rest after driving continuously for four hours.

He noted that road crashes and their resultant consequences are avoidable, and that political parties should play a major role in ensuring road safety in the movement of their members and supporters during electioneering.