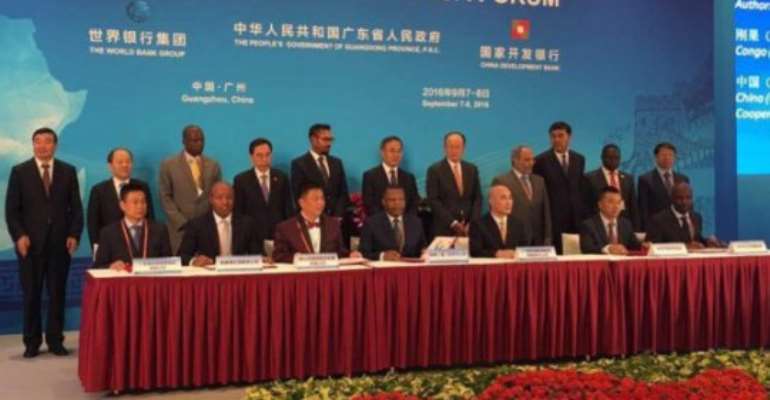 A Statement issued in Accra by Mrs Hanna Atnafu, Manager Corporate Communications of Ethiopian Airlines said the MoU followed the completion of the G20 Summit held in Hangzhou, the 2nd Investing in Africa Forum took place in Guangzhou from September 7 - September 8.

It said Ethiopian Airlines was invited as the most successful African organization for the event.

Mr Tewolde GebreMariam, Group CEO Ethiopian Airlines, said: 'We are glad to collaborate with Guangdong Airport, which will further increase our presence in China, one of the most vibrant global economies.'

He said its services to and from China have proved an ever growing and multifaceted economic merits both for Africa and China by ensuring swifter connectivity to traders and investor from both points.

He commended individual, who worked hard towards the successful completion of this agreement and look forward to a fruitful partnership with Guangdong Airport.

Ethiopian is currently operating more than 30 weekly flights to and from China.

Police smoke out Shatta Wale, handcuff him for faking gun at...
59 minutes ago