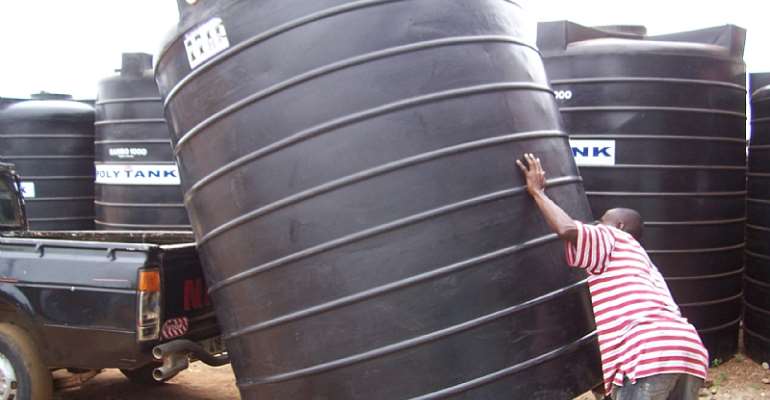 The Member of Parliament (MP) for Komenda-Edina-Eguafo-Abrem (KEEA) constituency in the Central Region, Dr. Stephen Nana Ato Arthur has donated four polytanks worth GH¢20,000 to four deprived communities in the area.

He also filled the four polytanks with water to the brim and built stands for the various communities.

The four communities, among others in the municipality have for the past three years faced severe water shortage.

Access to potable water still remains a major problem since communities in the hinterlands still drink from dug wells and streams.

Presenting the polytanks, the MP said leaders from the four communities appealed to him for a polytank and potable drinking water since their water had been contaminated.

According to the MP, he has done his best both in parliament and the assembly for the communities without water to get potable water to drink.

He noted that some parents do not allow their children to attend school while other school-going kids attend school late due to the constant shortage of water which has serious implications on education in the area.

Dr. Ato Arthur, however, appealed to the residents to vote him back to Parliament to continue to support them.

A former assembly member of Kafordzidzi Electoral Area, Kobina Nyame, lauded the kind gesture of the MP and promised to canvass for more votes for him to win the upcoming parliamentary election.