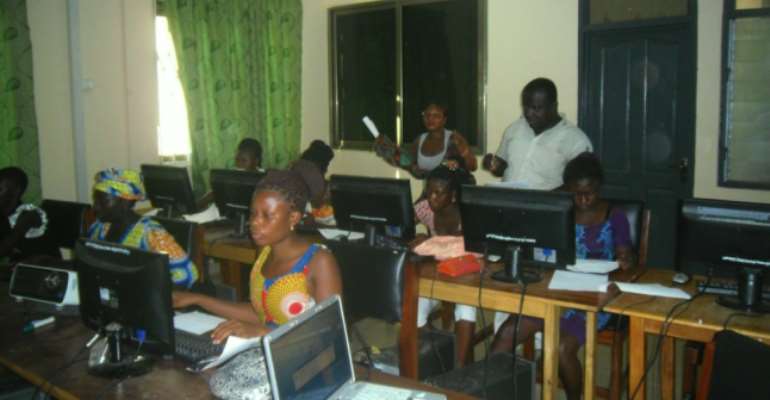 Windham Emil Afram, District Chief Executive (DCE) of Kwahu Afram Plains North in the Eastern Region – with Donkorkrom as the capital – has suspended the operation of two information centres in the district.

The centres namely, Nhyiraba and Asalam, according to the DCE, were used as media through which the residents were incited to engage in the violent demonstration on 18 August, 2016 at Donkorkrom, leading to the destruction of state property and injury to some persons.

Mr Afram, who doubles as the district security chairman, in a letter copied to the Regional Security Council – which was sighted by DAILY GUIDE – stated that the DISCEC at its meeting held on Thursday, 1st September, 2016, decided that the operation of the above-mentioned information centres had been suspended for one month, effective 10th September to 10th October, 2016.

Residents in the area last month held the town hostage when a demonstration by the youth turned violent, making the police to fire tear gas and rubber bullets to disperse the angry youth.

The people marched to the Donkorkrom Police Station to present a petition to the IGP through the officer in-charge.

They were demanding an impartial investigation into the circumstances surrounding the escape of some police officers who were allegedly involved in the attempted robbery of a bullion van on Tuesday, August 16, 2016, resulting in the death of the driver of the van.

Things however, turned sour when the milling crowd advanced towards the main office of the police station, with some of the demonstrating youth hurling stones. The police responded by firing tear gas and rubber bullets to disperse the crowd; but some of the people managed to set ablaze the barracks of the Police Service and destroyed other properties at the vicinity of the Divisional Police Post.

Renovation
Currently, the District Assembly has started renovating three police stations located at Donkorkrom, Tease and Maame Krobo which were vandalized by the irate protesters.

Following the attack, the Police Administration threatened to close down the police stations or be renovated by the people.

While the people accused police personnel in the area of being behind a number of robbery cases, the police on the other hand, accused the people of unlawful attack on them and threatened to leave the area.

Calm
However, calm has since been restored after the arrival of reinforcement from Koforidua and when news filtered in about the recapture of the two cops who escaped lawful custody when they were being transported to the regional police headquarters.

Corporal Daniel Kissi and Lance Corporal Elvis Mensah as well as a motor mechanic by name Danjumah, were arrested on Tuesday, 16th August, 2016 after the attempted robbery of the bullion van.

I will disappoint any MMDCE who doesn't live up to expectati...
51 minutes ago