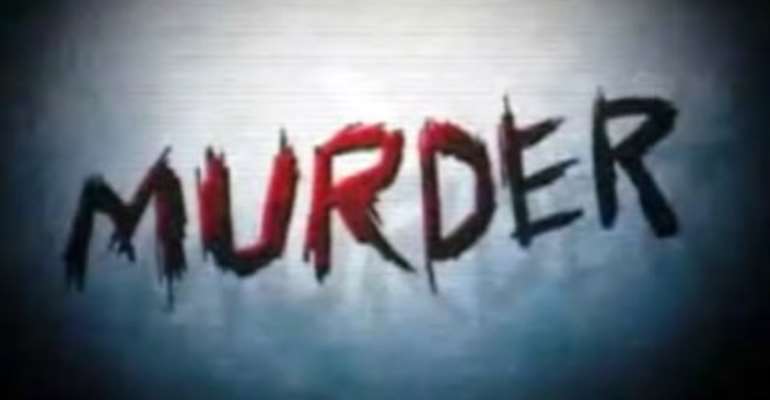 A 23-year-old woman who allegedly stabbed her boyfriend to death in the heat of an argument has been provisionally charged with murder before an Accra Magistrate court.

Veronica Akua Operebea plea was not taken when she appeared before the court, presided over by Mr Isaac Addo and was remanded into police custody

Presenting the facts of the case, Sergeant Eric Pobee said the complainant, Kasim Okai, is a driver residing at Achimota market, while Veronica is a trader and girlfriend of the deceased, Moro Okai.

The accused and the deceased lived at Taifa June/July Railway area in a wooden kiosk together with the suspect's two children.

According to Sergeant Pobee, on September 4 2016 at about 9:00 p.m., Moro a commercial driver returned home and did not meet Veronica.

The prosecutor said Moro contacted Veronica on her mobile phone and she explained that she had been to a plot of land they owned at Amasaman.

When Veronica got home, Moro did not take her explanation kindly and picked up a quarrel with her. They engaged in a fight which resulted in Veronica sustaining a swollen eye.

After the fight, Veronica was said to have entered the kiosk, picked up a kitchen knife to break an iced block to massage her swollen eye when Moro pounced on her.

Sgt Poree said Veronica turned and stabbed Moro on the left thigh and he fell to the ground.

Veronica then took her two children and run away to her home town, Suhum.

After the incident, Veronica's brother, One Patrick Opare received a phone call from a neighbour that his sister had stabbed Moro. Opare rushed to the scene and found Moro in a pool of blood.

Opare called their father at Suhum and informed him about what had happened. Their father took Veronica to the Suhum Police station where she lodged a complaint.

Veronica was arrested and was later handed over to the Achimota Mile 7 Police.