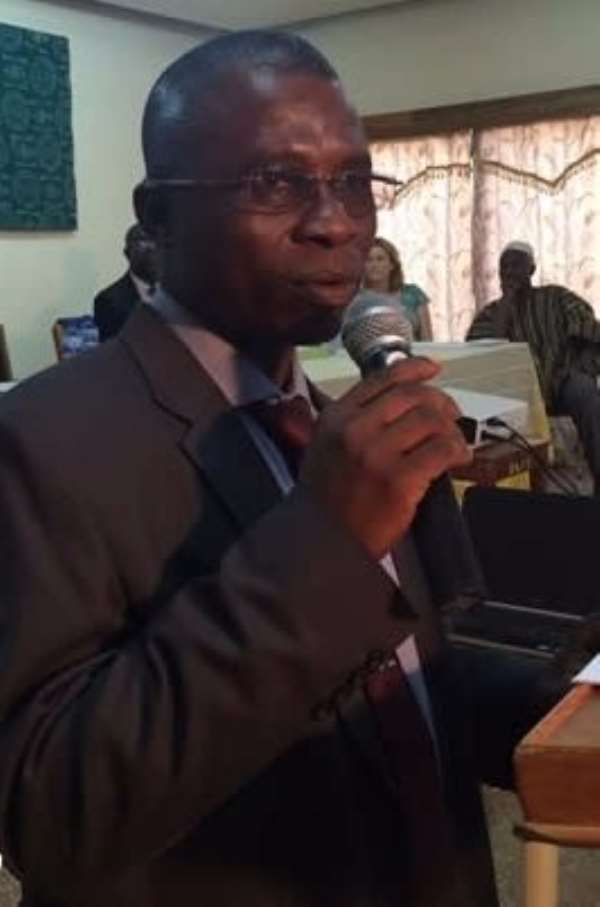 Dr Ofosu said family planning among women in the fertile age category recorded an increase of 26.3 per cent in 2016 as against 23.9 per cent in 2015.

He said performance in some critical areas was below expectation and called for the need for them to find the causes during the forum and seek ways to improve performance by close of the year.

The Upper West Regional Director of Health Services said the purpose of the performance review conference was to enable them assess their performance in all service areas to determine whether they were on track to achieving their set targets.

It is also for them to identify their strengths, weaknesses and collectively re-strategize to meet the expected performance targets.

This year's half year performance review conference was under the theme: 'Strengthening community level health systems - successes, challenges and the way forward'.

Dr Ofosu said the choice of the theme was underpinned by the critical role community health systems play in improving health outcomes in the household and the community at large.

He said coming on the heels of the just ended phase two of the Japan International Cooperation Agency (JICA) supported project on maternal and neonatal health services improvement, it was also to remind them of their collective responsibility to sustain the gains made through the project implementation.

He said at the community level were the various determinants of health conditions which facilitate the transmission and distribution of diseases.

Dr Ofosu said all these occurred at the community level and facilitated ill health and death, adding that building strong community level health systems to address these determinants would greatly improve health outcomes.

Alhaji Amidu Sulemana, Upper West Regional Minister, said the region was still faced with myriads of health challenges such as malaria, child survival and reproductive health, HIV/AIDS, cerebrospinal meningitis among others, adding that government was still investing in the health sector to address these challenges.

He said the provision of 213 functional Community-Based Health Planning Services (CHPS) compounds currently pushed health coverage from 14.6 per cent to 53 per cent of the region's population.

The Regional Minister said the proportion of clients covered by the National Health Insurance Scheme (NHIS) during the period under review was 96.4 per cent against 94.8 per cent in 2015.

[Hot Video] Shatta Wale vim dies as prisoners hoot at him in...
19 minutes ago