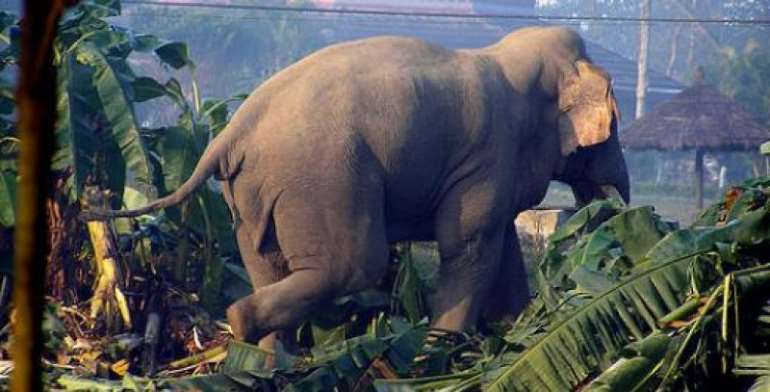 Farmers at Assin South district of the Central region are appealing to government to step in to save their farms from destruction by stray elephants from the Kakum National Park.

The farmers explain that attempts to get the district assembly and the Wild life division in the area to help stop the rampant invasion and destruction of their farms by the elephants have proven futile leaving them perplexed in their farming activities.

According to the farmers, large acreage of their crop especially cocoa farms have been destroyed by the elephants with some farmers suffering injuries in their attempt to escape attacks by the elephants as they tried to drive away the elephants from destroying their farms.

The farmers who are from communities such as Nsupanim , Kyekyewere and its environs are therefore appealing to government to roll out measures to stop the elephants from destroying their farms or risk their indifference towards the upcoming elections.

One of the opinion leaders in the community Kwabena Kumi told Starr News’ Kwaku Baah -Acheamfour that there is no point going to queue to vote if government cannot solve their basic problems.