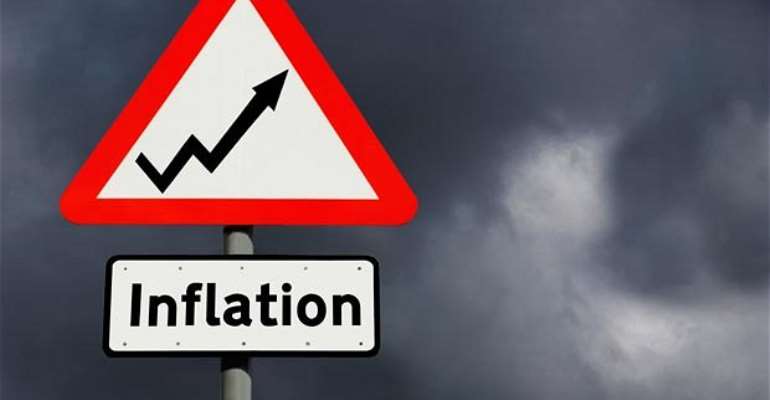 The country for the past two to three years have been experience increasing inflation trend. This has caused the monetary policy rate to be pegged at a high rate which most economists have chastised as the cause of the declining investor confidence in the Ghanaian economy.

Latest figures released by the Ghana Statistical Service show that inflation shot up from 16.7 per cent to 16.9 per cent in August 2016, the phenomenon being blamed on cost of importation and other services.

A financial analyst, Collins Appiah, has said Ghana will not achieve single-digit inflation this year because the wrong macroeconomic policy is being used to fight inflation.

There are doubts over whether the country will be able to hit a single-digit inflation by close of 2016. Government has targeted a rate of eight per cent by end of year.

Speaking to Accra based radio, Mr Appiah said: “We actually assign a wrong tool in solving some of these macroeconomic targets and until we come back to the roundtable, I think we’ll get nowhere.

“If you look at the Ghana Statistical Service’s explanation, the current jump was not as a result of a food inflation but rather non-food. And the non-food items if you look at the basket, it is just purely imported items and why are we having that? We are having that because yes, maybe at the port side there have been some taxes that importers have to pay.

Trust me if I’ve gone to pay too much tax there, when I come I have to also increase my price. So that more or less becomes a supply inflation sort of issue and the question is, if I want to solve that inflation problem, I don’t solve it from coming to borrow from the market, coming to crowd out the private sector, coming to compete in terms of the available funds that is in the system to solve that… I don’t think where we’ve gotten to, the monetary policy has sort of been stretched enough to have any impact on the policy indicators that we are expecting.

I think where we have got to, we are applying wrong policy measures in terms of solving inflation and the micro indicators that we claim to achieve,” he added.

According to figure from GSS, the Greater Accra recorded the highest combined inflation rate of 20.1%, Ashanti region came second with 18.5% while Upper East recorded the lowest of 11.8%.

The non-food and non-alcoholic beverages group recorded a year on year inflation rate of 8.5%.

The government statistician, Philomena Nyarko, blamed the rise in the August inflation rate on the Non- food sector and the increase in import inflation rate.

According to her, prices of goods are on the ascendancy due to uncertainties around the impending elections.

Ghana ready to share ideas, experiences with others — says B...
10 minutes ago

Ghana Jollof is the best in the world — says US Embassy on W...
13 minutes ago