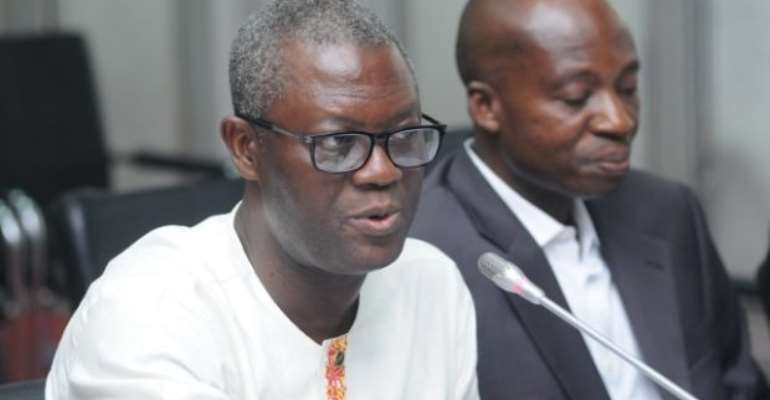 The Coalition of Civil Society Groups in the Savannah Accelerated Development Authority (SADA) zone, says government is not showing ample committment to the development agenda for the area; and has practically shunned its responsibilities to the people in the savannah areas.

Addressing a press conference in Accra, the Executive Secretary of the coalition, Bismark Adongo, said even though they welcome the new management of SADA, government has to step up its support for the zone.

Mr. Adongo said, “we cannot pretend not to be fully aware of the controversy in respect of government and management shortfalls and the inappropriate implementation strategy and other serious challenges that confronted SADA under the whole leadership to which many Ghanaians saw SADA as a prey on national resources.”

According to Mr. Adongo, “the attitude of government towards SADA is not only seen by many as government abandoning the social responsibility to citizens simply because of challenges encountered; but also it is serious breach of the laws of Ghana especially article 46 of the 1992 constitution.”

SADA key to economic upturn
Mr. Adongo's message to government was for the state to attach some seriousness and urgency to the development of the SADA zones if Ghana was to see the needed transformation.

He said, “if we really want to have Ghana attaining an upper-middle income status, there is the need to focus and focus well on the economic transformation of the northern savannah ecological zone.”

In this light, Mr. Adongo also advised that, “making an annual budgetary allocation to SADA is something that we will want political parties to come out and commit to.”

SADA urges patience
The Director of Corporate Affairs for SADA, Sam Danse, however urged patience saying a draft strategy for the development of the zone is to be expected by March 2017.

Speaking on Eyewitness News, he explained that, “SADA was set up to develop a framework for the zone” and that “for the greater part of this year, we have actually been focusing on the long-term framework, trying to make the zone more attractive for investors and investment and to make sure that we have a long-term robust framework that will allow us to transform the zone in the next 25 years.”

He maintained that, their role was “very critical if we want to transform the zone” adding that SADA has engaged other actors to “work in creating some concept plans in some key areas that will help us has to create the zone for transformation. So that is what we have been doing.”

About SADA
The Savannah Accelerated Development Authority (SADA), is a Government agency  responsible for coordinating a comprehensive development agenda for the savanna  ecological zones comprising the three northernmost regions and stretches of Brong Ahafo and Volta, that are contiguous to the Northern region of Ghana.

Its mandate is to assist in the development of agriculture and industry in the region to help lessen the disparity between its development and that found elsewhere in the country. Savannah Accelerated Development Authority was established by an Act of Parliament; SADA Act 805 on 17 September 2010 with its first Chief Executive Officer appointed in October 2011.

SADA will institute projects, programs and policies aimed at stimulating growth and addressing the human and social development needs of the target area. In the 2008 budget, the Government of Ghana mandated the preparation of a long term strategy to reverse decades of neglect of the northern part of Ghana and to set the pace for sustainable development.

SADA wasted funds
With a 5-year business plan which begun in 2012, and will end in 2016, SADA cannot boast of any significant achievement after some 32 million cedis allocated to it, failed to produce the desired results due to mismanagement and corruption .

This forced President John Dramani Mahama to replace its chief executive as well as the board, to steer the affairs of the agency.

The agency is expected to retrieve monies wasted and unaccounted for by the previous management, and possibly prosecute officials who caused the losses, but that is yet to happen.

At a recent sitting of Public Accounts Committee (PAC) of Parliament, the Vice Chairman of the Committee, Samuel Atta Akyea, described as disgraceful, the high level of financial impropriety uncovered in the accounts of the Savanna Accelerated Development Authority (SADA) by the Auditor General in 2013 and 2014.