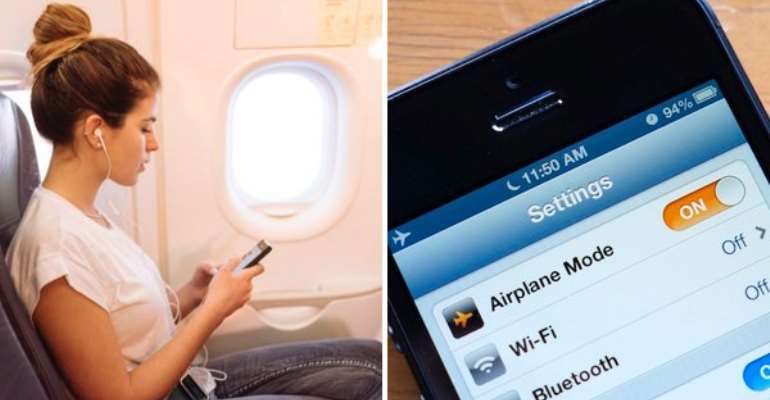 “Please set your portable electronic devices, including any mobile phones, to flight mode.”

It is a plea heard by passengers at the beginning of thousands of flights around the world each day, and an instruction the vast majority comply with, even if they're not 100 per cent sure why.

The general assumption is that we must disable our mobile phones – some more begrudgingly than others – as their signal interferes with navigation instruments, and could even cause a crash. But is that really true?

"It depends on the gadget and how and when that gadget is used," he said.

Taking the example of laptops, Smith says, though an old computer can emit harmful energy, the greater risk they pose is becoming "high-speed projectiles during a sudden deceleration or impact".

But for phones, which is at the crux of a businessman or keen tweeter's journey, Smith says: "Can cellular communications really disrupt cockpit equipment? The answer is potentially yes, but in all likelihood no, and airlines and the Federal Aviation Administration (FAA) are merely erring on the better-safe-than-sorry side."

He continues: "Aircraft electronics are designed and shielded with interference in mind. This should mitigate any ill effects, and to date there are no proven cases of a phone adversely affecting the outcome of a flight. But you never know."

A mobile phone’s potential to interfere does not just exist when it is being used, but also when it is dormant, which is why the flight mode must be activated even if passengers don’t intend to their phone.

But Smith reckons that despite the clear request at the beginning of each flight, "at least half of all phones, whether inadvertently or out of laziness, are left on during flight". He adds that if mobiles were that great a concern, the policy would be more actively enforced.

However, there are at least two serious incidents in which mobile phones have been implicated: first, the unsolved crash of a Crossair plane in Switzerland in 2000, when spurious transmissions confused the autopilot, and second, a fatal crash in Christchurch, New Zealand in 2003. But these are the extremes.

A blog by a pilot on airlineupdates.net claims that the interference caused by mobile phone signals registers on the headsets of the flightdeck, in the same manner that one might have encountered on speakers affected by a nearby mobile: “dit d-dit d-dit d-dit…”

“I actually heard such noise on the radio while flying,” wrote the author.

“It’s not safety critical, but is annoying for sure. Of course, there is plenty of attenuation between phones in the cabin and the pilots’ radio. However, if say 50 people on board are inconsiderate enough who can’t be bothered to switch their cell radio off, there will be 50 phones constantly looking for cell towers at maximum power. That is a lot of radio pollution.”

So, in a technical sense, phones do have the potential to interfere with the plane’s instruments, but only to a small degree.

However, as Smith points out, there are also social implications.

"The minute it can be proven beyond reasonable doubt that phones are safe, a percentage of flyers will demand the right to use them, pitting one angry group of travellers against another, with carriers stuck in the middle,” he said.

"The airplane cabin is a last refuge of relative silence. Let’s keep it that way." We're inclined to agree.