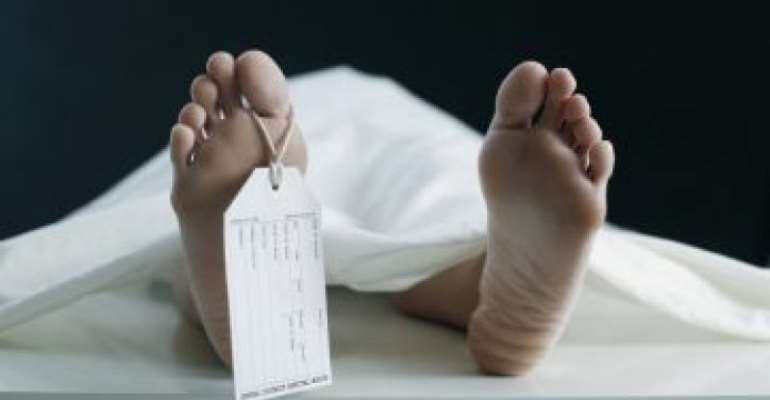 A landlord has been found dead in a female tenant’s room at Shalom estate near Adenta in Accra after the two allegedly had sex, a police report has said.

Twenty-four-year-old Cynthia Nubuor is being held by the Adenta Police command over the matter.

In a statement to the Police, Ms. Nubuor said she left the deceased, Achi Ogu, who is a Nigerian, in her room for work Thursday afternoon after he had forcibly had sex with her. She said she left a note asking him to lock her door if he wakes up since he was sleeping after the act.

According to the Adenta Police, they received a distress call around 8:30pm and rushed to the scene only to recover the body of the deceased from the tenant's room where he died.

The body has since been deposited at the Police hospital mortuary for an autopsy to be conducted into the actual cause of death.