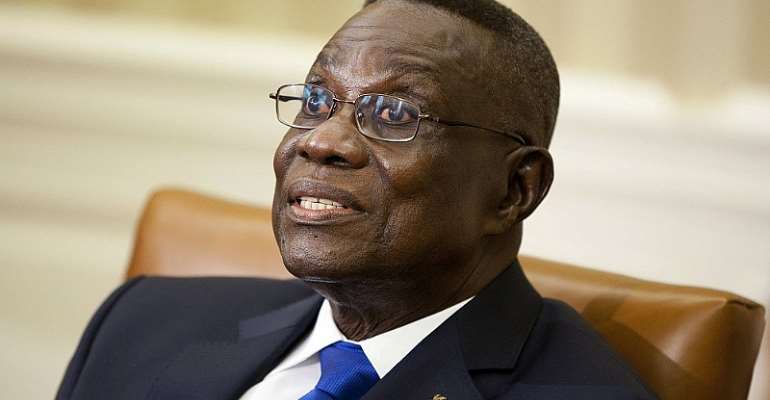 The flagbearer of the Progressive People’s Party (PPP) Dr. Papa Kwesi Nduom has accused members of the ruling NDC of rejoicing at the demise of the late President John Mills.

According to him, although some NDC members pretend to be hurt by his death, many of their leaders believe that his death paved way for them to retain the presidency in the 2012 elections.

Addressing a rally at Cape Coast, the business magnate told residents of the region not to allow themselves to be deceived again by the NDC in the upcoming election.

He said the NDC is not genuine about their promises to Ghanaians.

“Mills was our kinsman and he became the president. Some people criticized and attacked him until he died. And some of the NDC people themselves, thanked God that Mills died, is that not strange? And after his death they came back here to tell us to replace him with another person from the Central region.

“After all that they go about provoking us that if Mills had not died, the NDC wouldn't be in government today….It appears as though they deliberately pushed him to the seat so they can commit the wrongs behind him,” he said.

President John Mahama during his tour of the Central region urged the chiefs to accord him the same support as they gave late president, who was a son of the central region, as he is committed to developing the region just as the late Mills.

But Dr. Nduom has called on the people of the Central region to vote against the National Democratic Congress (NDC) in the December 7, election because they were not fair with the late law professor.