Teen, her 82-year-old grandpa go back to school at same college 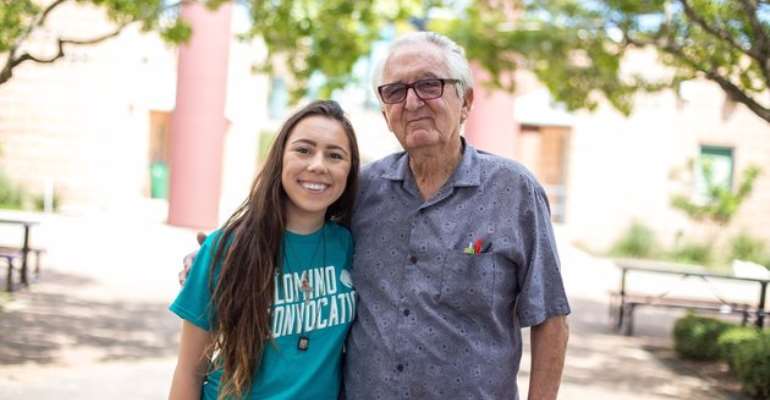 Many first-year college students may get anxious at the thought of navigating their new campus and making friends, but 18-year-old Melanie Salazar already has someone older and wiser to show her the ropes: her 82-year-old grandfather.

The story of Salazar and her grandpa, Rene Neira, is going viral after she tweeted a photo from her grandpa’s first day of class this semester at Palo Alto College . 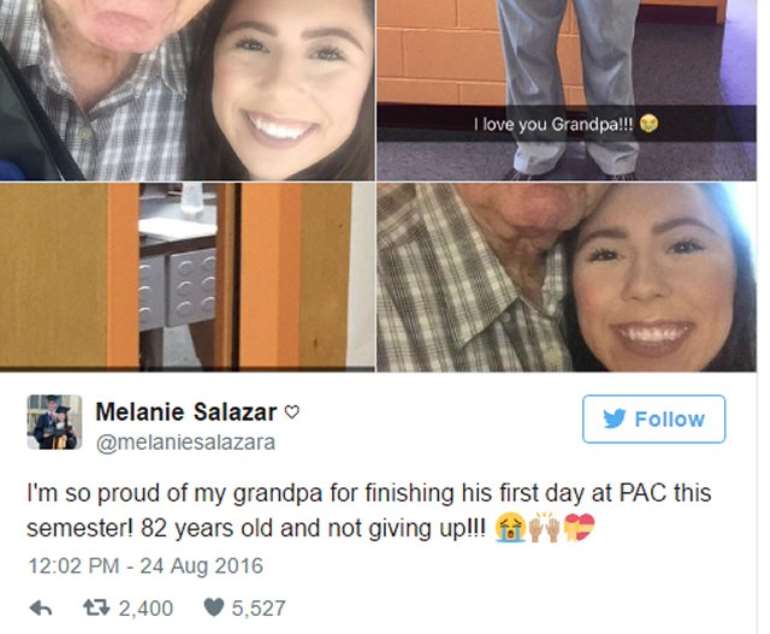 The octogenarian is in his second semester at the San Antonio, Texas community college with just one class left before he finishes his associate’s degree in economics. Salazar, meanwhile, has just started her studies there.

“Grandpa and I are very close,” Salazar told The Huffington Post. “I like to say he’s my best friend and it’s great to have him here with me.”

She said that it’s nice to have her grandpa on campus, whether they’re walking to class together or grabbing lunch.

Neira first went to college in the 1950s, but after getting married and starting a family he had to put his dream of getting a degree on hold. He took classes throughout the years, but it’s only now that he’s finally close to reaching his goal.

“My grandpa is very hardworking,” she said. “He will spend hours in the library studying on his own time because he’s that dedicated to his education. It’s amazing that his story can inspire so many people in this way.”

With plans to graduate soon, Neira won’t just stop with his associate’s degree. He hopes to attend the University of Texas at San Antonio to get his bachelor’s.