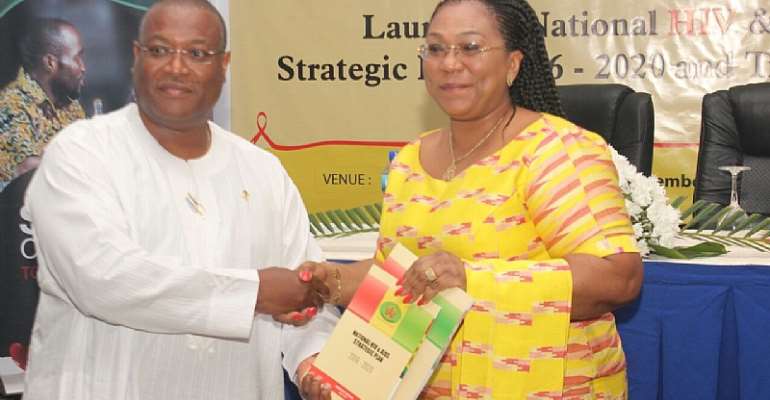 The Minister of Health, Alex Segbefia, has announced the country's adoption of World Health Organisation (WHO) 'Treat All' Policy recommendation which will see to the testing and treating of at least 90 percent of people living with HIV in Ghana by 2020.

Previously, Ghana adopted the WHO guidelines where only persons living with HIV with a CD4 count of 500 or lower were put on treatment.

However, with the 'Treat All' Policy, every person who tests HIV positive will be put on treatment as the country aims to meet the global objective of ending AIDS by 2030.

“With effect from 1st October, 2016, Ghana will begin to implement the WHO 'Treat All' recommendation,” he said.

Mr Segbefia who announced this at the launch of the five-year National Strategic Plan (NSP) for the Ghana AIDS Commission (GAC) in Accra said Ghana's 'Treat All' Policy includes new service delivery strategies on how to expand coverage of treatment services to all persons living with HIV (PLHIV) irrespective of CD4 count.

“Over the month of October, 2016, the 'Treat All' Policy will be adopted throughout the four high-burden disease regions.  These are Western, Ashanti, Eastern and Greater Accra Regions.

By January 2017, implementation would have been scaled up to cover the entire country. This is government's commitment to ensure that no Ghanaian dies from AIDS or AIDS-related causes,” he stated.

It will also see to the reduction of children born with HIV from 15.9 percent in 2015 to less than five percent in 2020 through scaling up of the prevention of mother-to-child transmission of HIV services.

Dr Pat Youri, Lead Consultant, presenting the highlights of the NSP, said the plan will use a multisectoral approach characterised by advocacy and strategic partnerships in achieving its targets.

“The guiding principles will be evidence-based targeted interventions for HIV prevention, treatment, and care, the involvement of persons infected or affected by HIV and shared accountability and transparency for the national response,” he added.

Dr Youri called for more research into what is peculiar to the country's situation and urged donors to strengthen their commitment to the implementation of the plan through the timely provision of resources.

“I also want to urge development partners to scale up their technical and financial support. It is through collaborative efforts and sustained financing that we will achieve the targets we have set for ourselves,” he said.