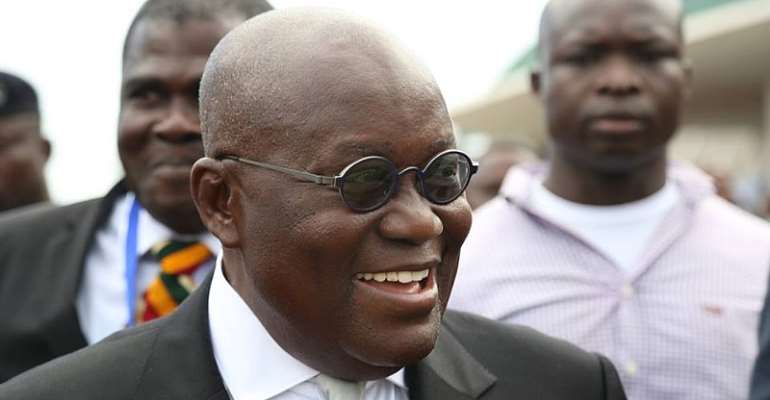 The Flagbearer of the opposition New Patriotic Party (NPP), Nana Addo Dankwa Akufo-Addo, has picked nomination forms at the headquarters of the Electoral Commission to enable him contest the 2016 election.

This comes hours after President Mahama also sent his party’s Deputy General Secretary,  Koku Anyidoho, to pick up his nomination forms on his behalf.

Aside President Mahama and Nana Addo, four other political parties’  nominees, have so far picked up nomination forms to compete for the presidency.

Kofi Akpaloo of the Independent People's party (IPP), Madam Akua Donkor of the Ghana Freedom Party (GFP), Akwasi Addai Odike of the United Progressive Party (UPP) and Nana Agyenim- Boateng of the United Front Party (UFP) all picked up forms on Tuesday at the Electoral Commission head office in Accra.

Meanwhile the Electoral Commission (EC) has said it will soon meet to consider whether or not to review the amount. The Head of Communications at the EC, Eric Dzakpasu, said the Commission will meet to deliberate on the way forward.