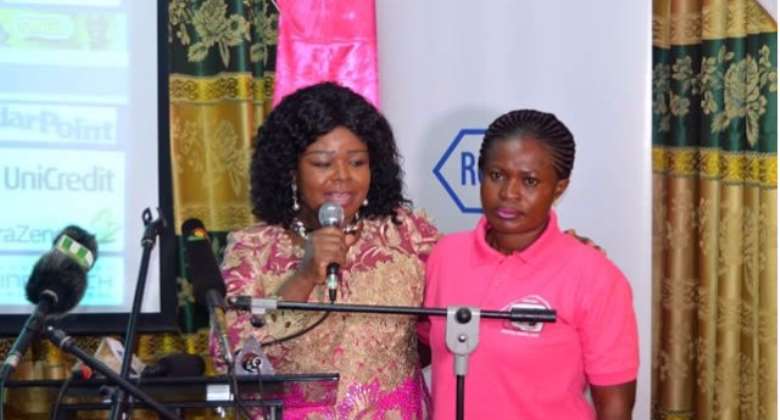 For the sixth year running, Breast Care International, BCI, Africa’s foremost campaigner against the debilitating breast cancer disease, is poised for a novelty annual “race for the cure” 2016, in the Ashanti regional capital, Kumasi.

The walk, projected to draw a record number of thousands of participants, is scheduled for October 1, and will be the garden city’s third, after the successive maiden and second editions in 2011 and 2012, respectively.

The maiden edition in 2011 drew 13,000 participants, with the successor 2012 version, also in the city, drawing 20,000 participants. Four years on, and the most cherished event returns to the Garden City with more pomp and funfair.

Speaking ahead of what is expected to draw a mammoth record-setting crowd for a single health event in a day on the continent, an upbeat BCI President Dr. Beatrice Wiafe Addai, said the “2016 showpiece will witness a marked departure from the previous five events.”

“There would be a symbolic walk of about one hundred meters for the President, high profile dignitaries, and chiefs and retinue to the Jubilee park, after which a select group of smartly dressed, cadet corps from some second cycle schools will take the center- stage at the inner perimeter , and march briskly; a spectacle that will no doubt attract the admiration of all present.”

Survivorship would be showcased, complete with cutting edge speeches on what is trending about breast cancer, and an enclosed marquee pitched for free breast screening, she disclosed.

The program, she said, has been designed and packaged to expand the frontiers of the awareness creation program, and to inculcate the breast cancer message of “early detection and prompt action is equal to prevention”, into the youth, for a breast cancer-conscious generation in the foreseeable future.

The look and feel would be different, she promised, highlighting that the theme “don’t be afraid, get checked” is “reflective of our growing passion to be creative as we campaign to subtly shrug off stigmatization, and myths about the disease through ingenious programing."

She paid glowing tribute to the hard working staff of BCI for their dedication to duty; and to multinationals and indigenous corporate bodies for sponsoring the annual event, and coming through in between the period to offer support, cash and kind, for the hugely successful countrywide awareness creation programs.

BCI’s sustenance, success and growth is credited to our unwavering supporters, survivors, hardworking women and Ghanaians in entirety. “We cannot put a price tag to the years of unflinching support we have enjoyed from our patrons in Ghana and beyond," she concluded.