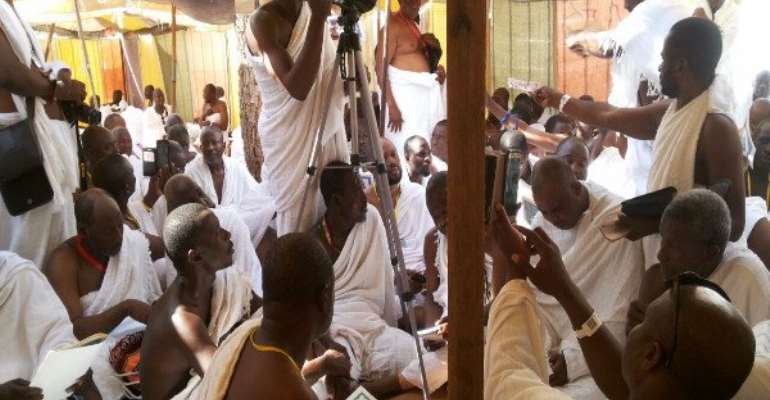 A 70-year-old Ghanaian pilgrim has been reported dead in Saudi Arabia by the Communication Director of the Hajj Board.

The pilgrim whose name was given Alhassan Kuku passed on Tuesday, September 13.

He who was part of the pilgrims who were in Arafah on Sunday and was reported to have safely returned back to Ghana camp in Mina, the Communications Director of the Hajj Board said.

According to Mohammed Amin Lamptey, head of the Medical Team, Dr Abdul Samad Suleman told the Board the cause of death is not yet known.

Dr Samad is reported to have said Alhassan Kuku was brought to the Ghana Clinic in Mina when he was already dead although the doctor suspected hypoglycemia as the cause of death.

The late Alhassan Kuku performed this year’s Hajj with three male so the family members were immediately informed of his passing.

The relatives handled the burial procedure and buried him in Makkah on Tuesday.

This is the first casualty of Ghana has recorded in this year's pilgrimage, the Hajj Board reports.

Ghanaian pilgrims are expected back home from September 22 -25 starting at the Tamale International Airport and ending on October 2 in Accra.