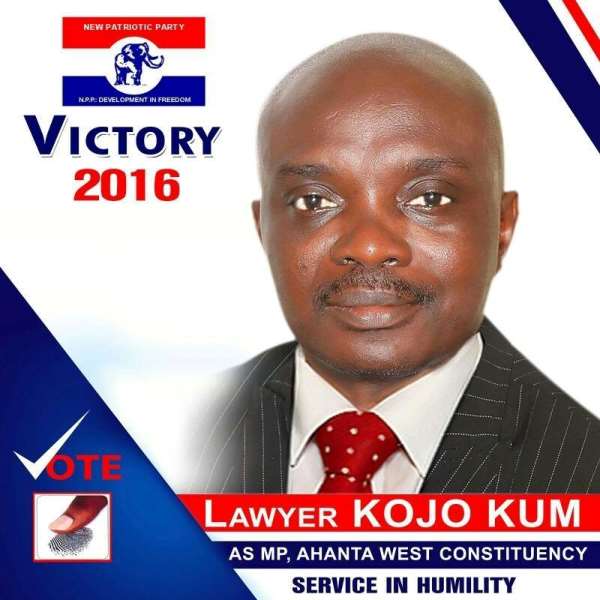 Some activists of the New Patriotic Party (NPP) in the Ahanta West Constituency of the Western Region have indicated that the signals across the country are clear that the National Democratic Congress (NDC) will lose the December general election on account of its mismanagement of the economy.

“In this year's parliamentary election, we the NPP in Ahanta West are very hopeful to recapture the seat we lost to the NDC in the last general election,” one of them indicated.

The Ahanta West NPP activists have therefore, resolved to work hard as a united front for the party to win this year's parliamentary election massively in the constituency.

“It is no secret that Ghanaians are fed up with the abysmal performance of the NDC government and are ready to show the NDC the exit through the power of their thumbs,” the activist asserted.

During the NPP's parliamentary primary for the 2016 elections, delegates of the party in the constituency elected Ebenezer Kojo Kum, a lawyer, as the parliamentary candidate for this year's election.

Mr Kum was reported to have pledged to form a formidable team with the losing candidates to recapture the seat from the ruling National democratic Congress.

This came to light when scores of supporters of the NPP stormed the DAILY GUIDE office in Takoradi to throw their weight behind their parliamentary candidate.

A spokesperson, Kwesi Yankey, in an interview with DAILY GUIDE, observed that the NDC government had driven Ghana into a state of despondency due to poor leadership and lack of vision.

According to him, the massive corruption and looting by some government officials and their cronies had left the ordinary Ghanaian in abject poverty.

“The corruption in the current government is so overwhelming that Ghanaians do not need a fortune-teller to tell them that the president does not have what it takes to fix the country’s problems. This country is in deep economic crisis,” Yankey asserted.

He mentioned the alleged rot at the Ghana Youth Employment and Entrepreneurial Development Agency (GYEEDA) and the Savannah Accelerated Development Authority (SADA) as well as all forms of 'create loot and share' under the guise of judgment debts.

He also described the upward adjustment of fuel prices and utility tariffs as unwarranted and rubbished the alleged intention of the government not to increase the salaries of workers to correspond with the high cost of living.

Mr Yankey indicated that the Supreme Court verdict on the 2012 presidential election petition taught the NPP a great lesson and stressed that “now in this country elections have to be won at the polling stations.”

Hottest Photo Reports
Catch up with all the political quotes from our politicians.
Advertise here
More NPP News
ModernGhana Links
It's either we change leadership in Ashanti or we forget 2024 — NPP Delegates advised
"Greater Accra NPP is poised to recapture all lost seats in 2024" — Chairman Divine
With TESCON, nothing can stop NPP from 'breaking the eight' – Kwadaso MP
NPP flagbearership: I’m experienced now, I will contest for flagbearer in 2023 – Boakye Agyarko
We lost 32 seats in 2020 election; let’s work extra hard to break the 8 – Boakye Agyarko
NPP’s boycott of 1992 parliamentary elections was a ‘mistake’ – Hackman Owusu Agyeman
Don’t trust Mahama; he’s lost touch with reality – NPP to Ghanaians
Your unnecessary thank you tour full of lies, outrageous comments — Former NPP Organiser tells Mahama
People want to kick out arrogant Wontumi, so we will not allow him go unopposed — Adiza Zongo Pioneer
TOP STORIES

"Greater Accra NPP is poised to recapture all lost seats in ...
29 minutes ago