Chief Of Staff Imposter In Court 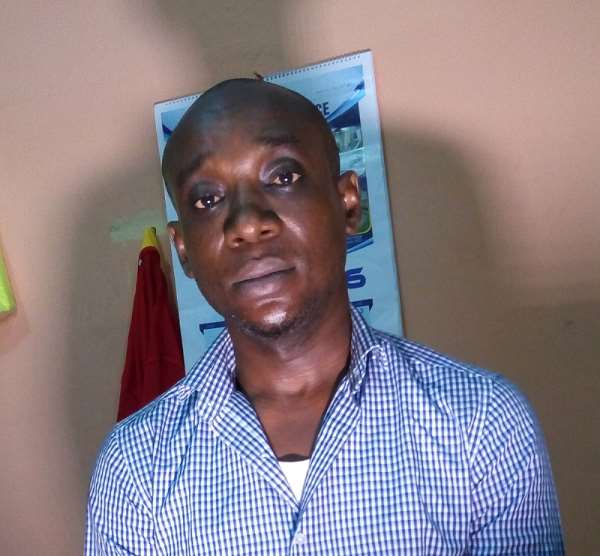 A young Nigerian, who posed as a secretary to Julius Debrah, the Chief of Staff, and allegedly defrauded one Le Van Khiem, a Vietnamese national to the tune of $105,740, has been arraigned before an Accra Circuit Court, presided over by Yaw Attah Sampong.

The accused, Dannis Ndukwu reportedly defrauded the complainant by forging the Certificate of Ownership of the Ministry of Justice and letter heads belonging to a law at Osu in Accra.

The accused vehemently denied the charges of conspiracy and impersonation and was remanded into custody until August 15.

Prosecuting, Chief Inspector K. Adu said the complainant is a business partner of Le who had a Power of Attorney from his partner to lodge the complaint to the police on his behalf after the accused person and his accomplices, who are on the run, allegedly defrauded him to the tune of $105,000.

He said the complainant told the police that Le's uncle invested in Ghana and had $8,500,000 in his account with Standard Chartered Bank.

The uncle of the Vietnamese later died in an earthquake in Japan and Le, who was the next of kin, called the bank and informed them of his intention to stop the investment and take his money.

The prosecutor said the bank gave him a number to contact a lawyer in Ghana, one Henry Adako, to assist him stop the investment which he did but the lawyer died in 2011.

Dannis and his accomplices met Le through the internet after they had conducted series of research on his background.

They offered to help him to end the investment and also retrieve what he had already invested.

C/Insp. Adu noted that Dannis and his accomplices forged a letter head with the name Jam Kojo Chambers.

Dannis forged a document purported to have come from Ministry of Justice and certificate of ownership transferring the investment in the victim’s name.

He demanded the original investment document and death certificate of his uncle to help complete the transfer, which were sent to them.

Dannis and his accomplices also demanded $4,740 from the victim for the processing of documents.

“The accused and his accomplices, not satisfied, demanded more money to complete the process. The victim made them to know that it was very difficult to transfer money in Vietnam and had to travel to Thailand to do the transfer,” Chief Inspector Adu added.

The police officer said Dannis and his accomplice told the victim to send them his visa card which they used to withdraw a total sum of $100,000 from his account.

The bank became suspicious of the rate at which money was being withdrawn from the account and blocked it.

C/Insp. Adu stated that when Dannis and his accomplices were not getting access to the money at the bank, they demanded $1,500 from Le to 'see' Seth Terkper, the Minister for Finance, who was reluctant in appending his signature.