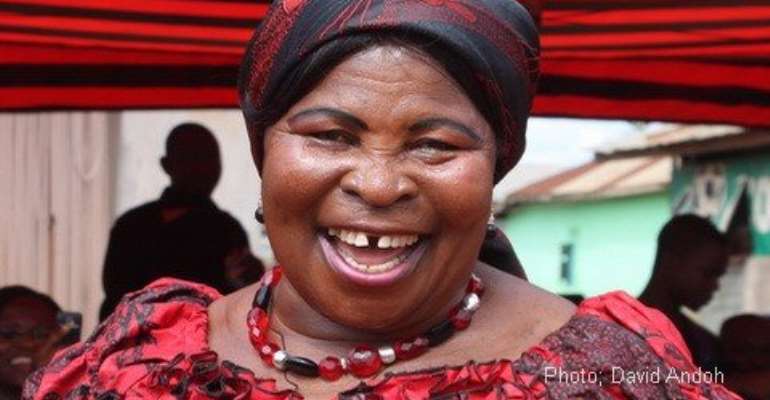 The founder and leader of Ghana Freedom Party (GFP) is calling for an increase of the GHÈ¼50,000 filing fees for presidential candidates announced by the Electoral Commission (EC).

In Akua Donkor 's view, it is an honour for anyone seeking to lead the country to buy nomination forms for such 'paltry amount' thus the noise being made by some opposition political parties is 'unnecessary'.

Madam Akua Donkor’s comment comes after some political parties including the Peoples National Convention (PNC) and the Convention Peoples Party (CPP) called for a reduction of the amount.

This astronomical increase, the PNC and CPP said, is an attempt by the EC to prevent them from contesting the crucial December polls.

But Akua Donkor in an interview with Adom News’ Afia Boakyewaa Yiadom after picking her forms said, the concerns being raised by the smaller parties are 'baseless'.

According to her, any candidate who complains about the filing fees announced by the EC is not fit to be president.

“The GHÈ¼50,000 is good for me because it is an honour being sold and I have been able to buy it. I thank EC for this opportunity” she added.

On her readiness to contest the elections, Akua Donkor said she won’t repeat her past mistakes so she is working assiduously to secure the needed signatures for her name to appear on the ballot paper