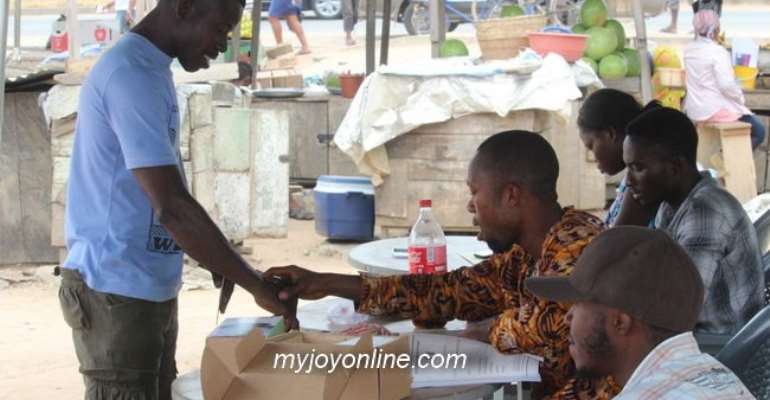 This followed the opening of nominations by the EC on the same day.

As at the close of the day two independent candidates had also collected the forms to contest the presidential election.

A highly-placed source at the EC disclosed this to The Ghanaian Times yesterday, and said the submission of the nomination forms would be done between September 29 and 30.

Presidential candidates of the various political parties are expected to pay È»50,000 filing fee to enable them to contest the presidential election, while the fee for parliamentary candidates has been pegged at È»10,000.

The EC announced the fees at an Inter-Party Advisory Committee (IPAC) meeting last Thursday and some of the political parties immediately opposed it, demanding a review of the 500 percent hike in filing fees for presidential candidates.

The Convention People's Party (CPP) also described the EC as “insensitive”, and the fees as “outrageous”.

“Why should we pay such exorbitant fees while the activities of the EC are supported with the taxpayers' money. Elections arc a serious matter.

That is why we support the EC's budget; it is taken from the Consolidated Fund. What do they need this money for?” Mr Daniel Bomfeh, Director of Elections of the party, queried.

Bernard Momah, Chairman of the PNC, said about 90 per cent of the EC's budget had been released and therefore, wondered what the commission would do with such huge sums of money it was demanding from the political parties.

The NPP also criticised the EC for charging what it called “exorbitant filing fees”.

Speaking to journalists after the IPAC meeting, its Campaign Manager, Peter Mac Manu, said reviewing the amount would be in the interest of smaller parties.

The National Democratic Congress (NDC), on the other hand, was not worried about the filing fee, according to the General Secretary of the party, Johnson Asicdu Nketia.

Meanwhile, the EC is yet to decide whether or not it would review the filing fees for the December polls.

We are not part of any planned strike action — Medical Labor...
50 minutes ago