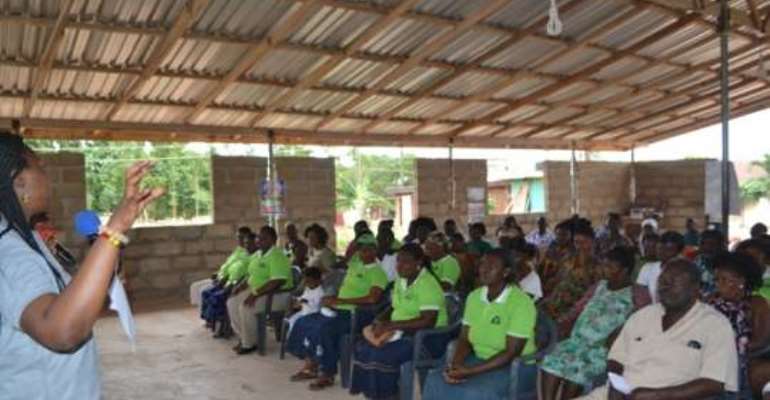 By Elsie Appiah-Osei, GNA
Accra, Sept. 13, GNA - SEND Ghana, a non-governmental organisation, has sensitised community members of Boi and Akporman in the Ga East District of the Greater Accra Region, on anti-corruption laws and socio- economic practices that hinder the fight against corruption.

She said ADISS which is being funded by USAID is being undertaken by SEND Ghana to engage, educate and sensitise civil society organisations as well as citizens on corruption and its broader effects on the country and governing issues.

"We have laws governing everything but its implementation is a problem so letting citizens understand their part and role to play in fighting corruption is worthwhile," she said.

Ms Gyabaah noted that though their coming together serves as an engagement, it is the ultimate goal of SEND Ghana to focus on socio-cultural practices that promotes corruption.

She mentioned nepotism, cronyism, family and peer pressure, gift giving, tribalism and conflict of interest as some major factors that influence unlawful deeds mostly done in the country.

According to her the exercise which is being done concurrently in all 10 regions and 50 districts are being carried out following various researches done by SEND-Ghana.

"We having this in Ga East is also happening in Ga South, Jirapa, Tamale Metro, Ada West among other places," she said.

Mrs Gyabaah advised the community members and citizenry not to look beyond the fight of corruption but rather collaborate to fight it extensively.

"If we are not eradicating it completely let us help to control the canker," she said.

"Alternatively one can also visit www.ipaidabribe.org.gh to tell his or her story," she added.

Mrs Awua-Boateng educated the community members on the bad socio-economic practices that society had accepted as normal acts and advised them not to practice them.

"Corruption is not solely about money but ones negative actions and behaviour are classified as such," she said.

She however cautioned members of the community and the public at large to have evidence before reporting issues.

Some community members who spoke to the Ghana News Agency said the education was timely especially when election is only three months away.

Radio Gold, XYZ, others yet to receive re-authorization lett...
17 minutes ago