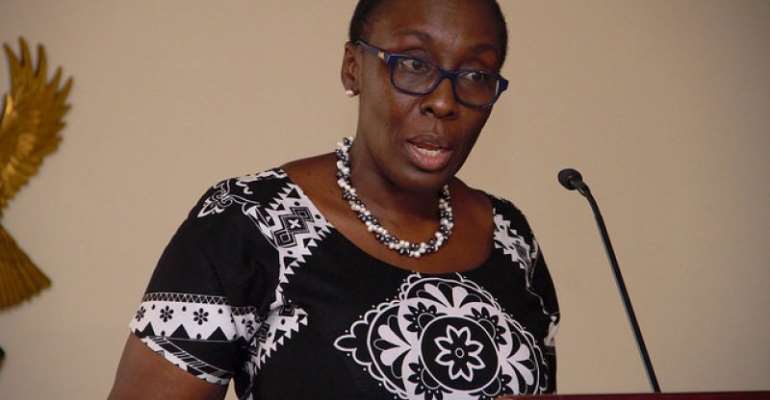 The Attorney General Marietta Brew Appiah-Oppong has cautioned lawyers in the country to desist from backing and encouraging disgruntled losers in the upcoming polls.

According to her, lawyers have an integral role to play in protecting the integrity of the polls and must not underrate their influence in the electoral process.

Speaking to lawyers at the 2016/2017 annual BAR conference in Accra, the Attorney General urged lawyers to avoid using legal technicalities to frustrate the electoral process.

“…The speed with which matters are disposed off, depend to a greater extent, on the cooperation of lawyers, beside the nature of proceedings. Employing technicalities to delay proceedings is the lawyer’s version of abuse of power and must be avoided.

“In short, lawyers should contribute positively to the electoral process and should desist from giving disgruntled persons or losers the chance to scuttle the process when there is no merit. Lawyers must respect their profession in order not to be used by anyone,” she noted.

A dispute after the 2012 elections led to an eight-month long litigation at the Supreme Court. The opposition New Patriotic Party flagbearer Nana Akufo-Addo challenged the victory of President John Mahama in the polls. The Supreme Court, however, after the long trial, which was beamed live on TV, affirmed the legitimacy of Mr. Mahama as declared by the Electoral Commission.

Ghana goes to the polls again on December 7. The frontrunners are once again, President Mahama and the former attorney general Akufo-Addo.