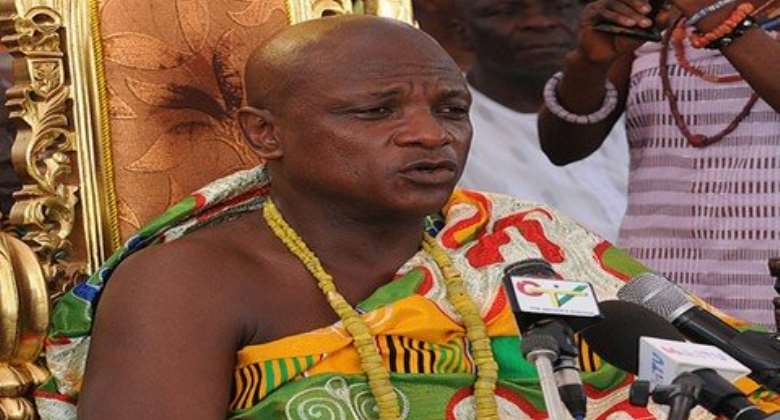 Ho, Sept. 12, GNA - Togbe Afede XIV, Agbogbomefia of Asogli and President of Volta Region House of Chiefs, has said the National Democratic Congress's (NDC) tag of the Region as its 'world bank' is derogatory.

He said this is because the Party had taken the Region for granted with the show of gross disrespect to the chiefs and the people.

Togbe Afede said this when the Regional Executive and some members of the Regional Election Taskforce of the NDC paid a courtesy call to introduce themselves to him.

Togbe Afede said he did not understand why politicians only frequent chiefs when elections approached and described that act as show of insolence to traditional authorities.

'I have tried severally to engage political heads from the local level to the regional to discuss development in our areas but unsuccessful. I personally called and sent text messages but they were not honoured. Many other chiefs in the Region complained of same and you call us your world bank just for votes.

'If you don't meet the chiefs and deliberate on development issues then it means you are representing yourself in government and not the people,' he stated.

Togbe Afede also chastised politicians for having reduced politics to enriching themselves at the expense of the people, with the struggle for contracts and small jobs being the order of the day.

'Politics is not an end in itself, it must bring development and happiness to the people, not a select few. It must create opportunity for all, whether in NPP or NDC,' he said.

Togbe Afede called on the parties to shun tribal politics and unite the country for peace and development.

Mr Kofi Attoh, Chairman of the Regional Election Taskforce for NDC said the introduction of the Taskforce to Togbe Afede was to pave way for the launch of the Party's 2016 campaign launch and activities in the Region.