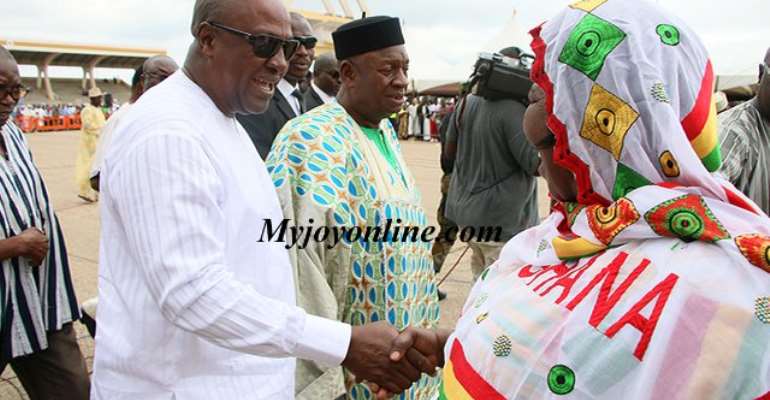 Akua Donkor appeared to have set for herself the goal of meeting president Mahama as she was seen moments later trying to find a seat on the Presidential dais.

Turned away, Madam Akua Donkor would wait for a more opportune time to get her wish.

After the ceremony was over, Akua Donkor was quick to approach the president while he was heading for his car.

They say if at first you don't suceed, try again. She got her wish.

Brief as it was, the flagbearer often a source of humour in a serious political season was glad to finally shake the hands of the man she has staked her political career on.