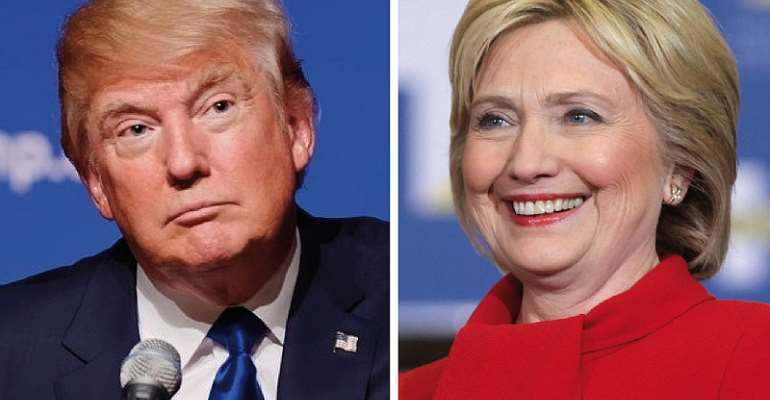 French soldiers in Lalain France, in 1794, reported a Rain of Toads. The 2016 presidential race makes one nostalgic for such relative normality. Underneath the media’s current Rain of Toads this election turns on the question of whether Trump or Clinton can better restore the American Dream. Good.

Michael Tomasky writing recently in The New York Review of Books’ summed it up perfectly:

There’s no disputing the fact that, absent a major event like a terrorist attack or a legal indictment, the economy is the most important factor in any presidential election. More specifically, as John Sides and Lynn Vavreck argue in The Gamble, it’s the economic conditions that obtain in the last few months or perhaps the last year before the voting.

But … what exactly does “economic conditions” mean in practice?

The economy, sometimes nicely romanticized as “the American Dream,” has two components: prosperity conjoined with justice. I call this “equitable prosperity.” Sure enough, whether your economic emphasis is on opportunity or fairness, Carville’s Law remains in force. “It’s the economy, stupid.”

Trump emphasizes prosperity. His enemies caricature him as heaping more wealth on the already wealthy while neglecting, or even fleecing, workers and the poor. Clinton’s long arc bends towards justice. Her enemies lampoon her as attempting to impose the “equal sharing of misery” that socialism and its derivatives always induce.

Trump and Clinton and their critics all possess more than a grain of truth.

Trump promises to make America great again. How? By, among other things, dramatically cutting the US corporate tax rate, eliminating the death tax, and other tax cuts.

Their promises are pretty clear. That said, campaign promises are notorious for getting broken. Can either or both of the nominees achieve their stated objectives? Let’s pay some attention to the interesting, mostly overlooked, question of whether the candidates show signs of effectiveness, like Reagan or Bill Clinton, or ineffectuality, like Ford or Carter.

The greatest management guru ever was the late Peter Drucker. In his iconic 1964 book The Effective Executive Drucker writes:

Among the effective executives I have known and worked with, there are extroverts and aloof, retiring men, some even morbidly shy. Some are eccentrics, others painfully correct conformists. Some are fat and some are lean. Some are worries, some are relaxed. Some drink quite heavily, others are total abstainers. Some are men of great charm and warmth, some have no more personality than a frozen mackerel. There are a few men among them who would answer to the popular conception of a “leader.” But equally there are colorless men who could attract no attention in a crowd. Some are scholars and serious students, others almost unlettered. Some have broad interests, others know nothing except their own narrow area and care for little else. Some of the men are self-centered, if not indeed selfish. But there are also some who are generous of heart and mind. There are men who live only for their work and others whose main interests lie outside—in community work, in their church, in the study of Chinese poetry, or in modern music. Among the effective executives I have met, there are people who use logic and analysis and others who rely mainly on perception and intuition. There are men who make decisions easily and men who suffer agonies every time they have to move. …

Drucker goes on to teach that:
There are essentially five such practices—five such habits of the mind that have to be acquired to be an effective executive:

These are the – the only — components of effectiveness….

Donald Trump has attracted plenty of criticisms for his many outlandish, sometimes offensive, statements. That said, a presidential campaign is nothing but a long, tarted-up, job interview for the most important job in the world.

Would we, the voters, prefer someone who did not utter cringe-worthy statements? You bet. But our primary concern, as voters, is whether the job applicant can get the job done (without causing unacceptable collateral damage).

There are reasons – maybe even up to ten billion reasons – to believe that Trump is effective and could be effective at making America great again whether or not (as I do not) you buy that his principle proposed mechanisms of immigration restriction, trade militancy, tax cuts, and deregulation would be safe and effective. (I do buy his unproposed mechanism of the gold standard.)

There are over a 110 million reasons (and then some) to believe that Hillary Clinton is effective and could be effective at fomenting economic and social justice, whether or not (as I do not) you buy her proposed mechanisms of taxing the wealthy and providing benefits to the poor and workers.

Trump and Clinton both appear to be managing the little of their time that can be brought under his control. They have focused, both in their commercial lives and in their campaign declaration, on results rather than the work. Both Trump and Clinton seem to have a good grasp of how to build on their strengths, their own and their team. Good signs.

Both demonstrated in the primary cycle that they could set priorities – first things first and second things not at all. Trump has not, so far, showed as high a level of effectiveness in the general election. That said, Trump’s track record shows him to be a quick study. Open question.

Will Trump now take the right steps in the right direction, make a judgment based on dissenting opinions rather than consensus, a few fundamental decisions, and the right strategy rather than razzle-dazzle tactics? Meanwhile Hillary, who so far has outperformed Trump in this regard, well could stumble. The ongoing general election campaign will provide the voters a substantial amount of information with which to make a reasonably well grounded assessment of whether either or both of the presidential aspirants would be likely to be effective as president.

What are the chances of Donald Trump's being effective at making America great again? What are the probabilities that Hillary Trump will make America fair again?

Drucker:
There have been few great commanders in history who were not self-centered, conceited, and full of admiration for what they saw in the mirror. …Similarly, the politician who does not with every fiber in body want to be President or Prime Minister is not likely to be remembered as a statesman. He will at best be a useful—perhaps highly useful—journeyman. To be more requires a man who is conceited enough to believe that the world—or at least the nation—really needs him and depends on his getting into power. …

As Drucker distills it:
In every area of effectiveness within an organization, one feeds the opportunity and starves the problems. And therein lies the essence of effectiveness.

The candidates put their emphasis on the different components of the American Dream – prosperity and justice for all. Both values are legitimate. America will be better for more of both. Now, with this lesson from Drucker learned, let's turn our consideration in part to the next question. Would Donald Trump or Hillary Clinton make the more effective executive?