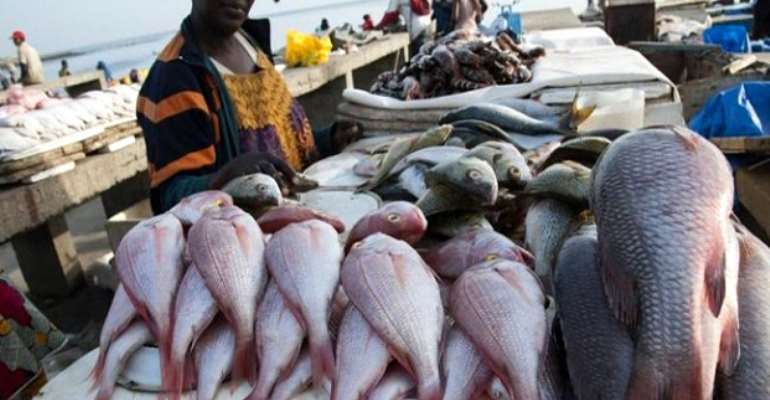 Ghana’s overall export of fish and fish based products to the European Union (EU) market reached more than $250 million.

Alexander Dadzawa, Head of Marketing and
Promotion at Ghana Export Promotion Authority (GEPA), who disclosed this at the press launch of Blue Sea Land fair 2016, said the lead product exported to EU was canned tuna which generated about $219 million.

He said, “A chunk of our fish and fish based products that are exported to the EU are fresh or processed tuna, fresh or chilled fish, cattle fish, octopuses and lobsters.”

Mr Dadzawa revealed that last year Ghana exported horticultural products to foreign markets to the tune of over $77 million.

The fisheries sector is very important for Ghana and the Fisheries Ministry is developing government’s capacity in the sector, government is embarking on major strategies to add more value to fish products, he said.

Mr Dadzawa said government was also in the process of building more landing sites to in order to properly preserve fresh fish.

Fish is Ghana’s most important non-traditional export commodity, and the fisheries sub-sector accounts for about 5 percent of the agricultural GDP export earnings from fresh and fishery products.

The sector contributes significantly to the growth of the country's economy.