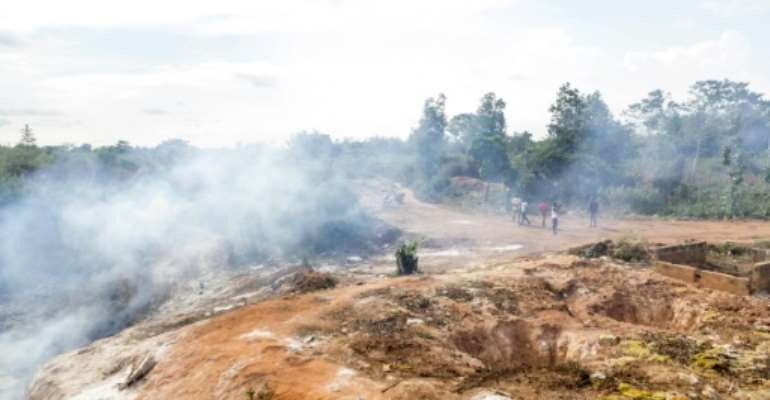 People stands at the scene of explosion at a garbage dump in Cotonou on September 9, 2016. By Yanick Folly (AFP/File)

Cotonou (AFP) - Eight people have now died after an explosion at a rubbish dump outside Cotonou in Benin, the local mayor said on Sunday.

"Our tally is eight dead, six of them in hospital and two at home, and 87 injured," the mayor of Tori, Robert Tolegbon, told state television.

The authorities had initially reported two people killed and 61 injured in the blast, which happened in the Avame district of Tori, around 40 kilometres (25 miles) from Cotonou, on Thursday evening.

A company dumped flour and spoilt wheat at the landfill, setting it on fire, but local people flocked to areas that were not burning to try to get the foodstuffs when there was an explosion.

Many of those injured suffered severe burns.

Waste dumps in much of West Africa are uncontrolled, with toxic materials, including electronic equipment and chemicals, regularly discarded alongside household rubbish.

Poverty forces many to scavenge and salvage for items to sell or use.