We will respond to Bawumia at the appropriate time – Veep promises 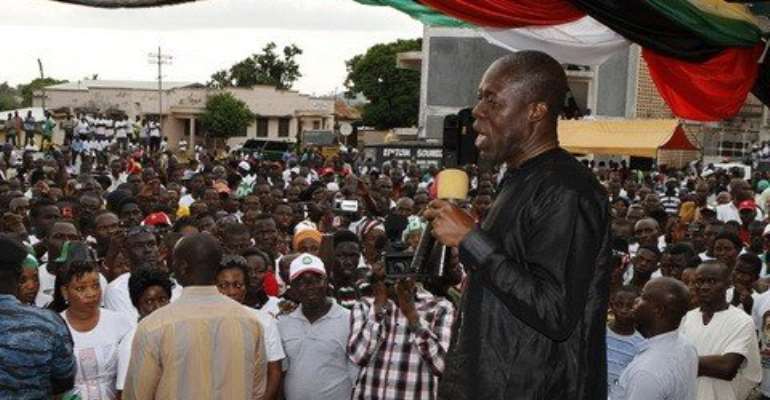 Vice-President Paa Kwesi Amissah Arthur has promised that government will respond to NPP Vice-Presidential candidate after he lambasted government for its reckless management of the economy.

“..at the appropriate time, we shall respond in full measure to all the lies that have been told” he said chanting an NDC slogan, ‘Ey3 zu, ey3 za’ at the launch of the Greater Accra Zonal campaign at Ashiaman in Accra Sunday.

Paa Kwesi Amissah Arthur expressed disappointment in Dr. Bawumia for his attack on government at an NPP lecture last Thursday.

Dr. Bawumia speaking on the theme ‘ State of the Economy: the former deputy Governor of the Bank of Ghana castigated the governing NDC for reckless borrowing, over-pricing government contracts and widespread corruption.

In one of the attacks, Bawumia criticized government for spending more on interest obligations than capital expenditure.

“To put the interest payments on the debt in context, we should note that the entire allocations in the 2016 budget to the Ministries of Roads and Highways, Trade and Industry, Food and Agriculture, Water Resources, Works and Housing, Youth and Sports, and Ministry of Transport amounted to a total of GH¢2.1 billion. Interest payments in 2016 (GH¢10.5 billion) would be five times what was allocated to these six key ministries combined,” he said.

But in a response, Amissah Arthur argued that this claim is incorrect because the interest payments on on loans used for the same capital expenditures Bawumia wants to see government make.

He said this understanding should be basic for a former deputy Governor of the Bank of Ghana. Vowing to deal with Bawumia’s “lies” the Vice-President severed notice that a full-blown response to his political rival’s lecture is imminent.