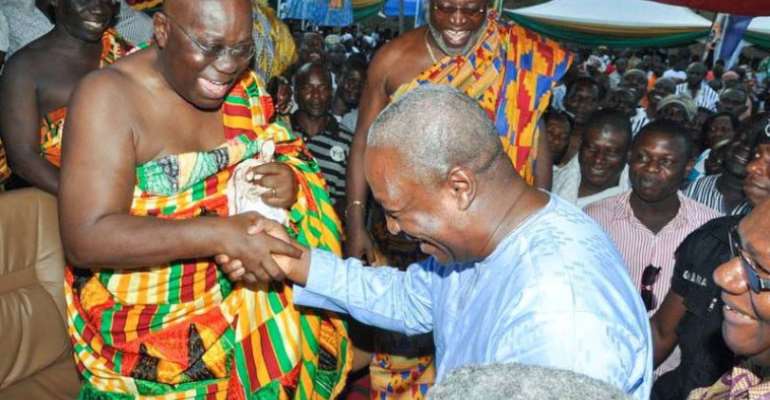 The Tong-Raana disclosed this when  vice president Kwesi Amissah-Arthur paid a courtesy call on him in Tongo on a two-day campaign tour.

He asked political parties to campaign in an atmosphere of peace adding that, the paramountcy  will ensure that any political party campaigning in the traditional area does that in peace.

Citing the violence that took place during the Talensi By-election, Tong-raan  Kugbilsong Nalebegtang reiterated the urgent need for peaceful campaigns by all political parties.

“During the By-election vigilante groups of some political parties clashed here and that mar the beauty of the elections. So I appeal to all parties to make sure that no such groups come here, we know how to vote and we are going to vote effectively and properly in peace”

Tongo-Raana appealed to Vice President, Amissah-Arthur for a face-lift on the Sheaga juction -Duusi road, Yinduri-Shia road and other roads before the general election. He again appealed for the remaining communities in the constituency to be connected to the national grid.

On his part, Vice President, Kwesi Amissah-Arthur expressed his appreciation for the warm reception and introduced the party’s parliamentary candidate and Member of parliament for the area Mr. Benson  Tongo Baba  to the Tongo-Raana for his blessings ahead of the December polls.

He added that, the Talensi constituency will receive more development when B.T Baba is retained as Member of Parliament and appealed for the support of people within the traditional area to vote massively for President Mahama and B.T Baba on December 7.

Amissa-Arthur pledged that, president Mahama’s government and the NDC party will do everything humanly possible to ensure a violent free election.