Moving Beyond Stereotypes: Responding To Unheeded Needs Of The Ageing Populations 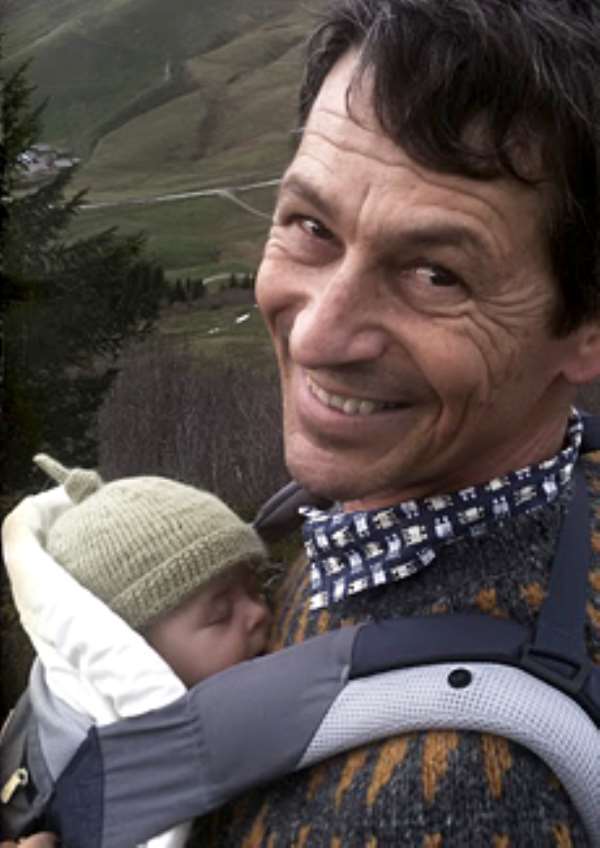 Dr John Roland Beard, Director of Department of Ageing and Life-Course at the World Health Organization (WHO) was one of the key speakers at the HelpAge Asia Pacific Regional Conference on Economic Implications of Ageing in Hanoi, Viet Nam. He spoke to Citizen News Service (CNS) in an exclusive interview on how to effectively advance the agenda of the ageing populations (listen to this interview here: http://bit.ly/cnspodcast ).

HERE IS WHAT DR JOHN BEARD SAID TO CNS:

INVESTING IN CARING FOR THE AGED
“It is an essential and smart investment if governments are really serious about socio economic development. But economics apart, the older people have rights just like anybody else. And if governments want to create fair and equitable societies, they need to care for all segments of populations, including the aged people”.

GLOBAL STRATEGY AND ACTION PLAN ON AGEING AND HEALTH 2016-2020

“Adoption of this plan by the World Health Assembly in May 2016 was an important milestone. The plan identifies 5 key strategic objectives where action is required:

- Providing long term care to the aged - In many countries, particularly in emerging economies, this role is traditionally played by families who look after the older people. But when people talk about families they are really talking about women. So this is not only unjust for women but also unsustainable. There are very few women for the many more older people and it also means that women cannot participate in the work force or children cannot go to school because they need to care for an older person. So families alone cannot be expected to provide the care and support that older people need.

- Improving the knowledge we have about ageing - Do better research and put in place monitoring systems.”

Challenges in implementing the Global Plan
“There is an urgent need to change age stereotypes, which see older people as frail and dependent. Some people in their 80s, even in very poor countries, are as fit as a twenty year old. But generally the age at which people require care and support tends to be lower in low and middle income countries. There is also the challenge of longterm care, which is almost non existent in many of these nations. The idea that long term care is about putting people in big hospitals and institutions seems to be persistent in SE Asia. Governments are shifting focus to private sector and also to hospitals. We need to make people understand that longterm care is better provided in the community. Health systems will have to be geared to provide integrated care. There is a big focus on health insurance, but governments must understand that insurance only alleviates the financial burden. One still needs a system to turn to, and a system that is driven entirely by the private sector is in nobody’s interest. It is too expensive and does not provide the care we need to have. Government engagement is necessary to ensure that health systems are coordinated, accessible and equitable. We have lost the focus on primary healthcare and we need to go back to it. In health systems that are heavily focussed upon private health service delivery, the increase of cost with age is much higher than in systems which are more focussed on community based and integrated care. So it is important for governments to think what their systems would be costing in the future rather than make short term decisions that might seem easy today but would have serious long term consequences”.

Sexual health rights of the aged
“Sexual rights of senior citizens are not spoken about at all. This is a very complex but neglected area. Let us not forget that old people too have sex and they like it. It is perhaps more embarrassing for an older woman (than a man) to go to a pharmacy to buy a condom or insist on condom use,as it is generally perceived that as older women cannot get pregnant, they do not have any excuse to use it. There are also issues about the lack of freedom for older people to express their sexuality, particularly in places like institutions or nursing homes. I want people to understand that older people still have (and want to have) sex. Yet society is holding to deny this to them”.

“Many of the sexual health and HIV services available for others, are denied to older people. In Africa, until recently, screening for HIV has not been done in people over the age of 45. But PLHIV are now living into older age and the risk for them is greater, as theirs is the generation that had no education about safe sex. There are consequences of reproductive health also faced by older people—in women it is incontinence, while in men it could be rectal or prostrate dysfunction. Older people also have sexual rights just as younger people do and we should not push this issue under the carpet”.

NCDs and the aged
“I am frustrated that emphasis on prevention of non communicable diseases (NCDs) starts before the age of 70, which is an arbitrary cut off age and hard to justify. In case of NCDs, I think prevention is crucial. We need to have effective prevention programmes that continue lifelong. But we need some rethinking on how to manage NCDs once you have them and how to reduce their impact on the normal functioning of the aged. We may not be able to prevent the disease but we can slow down the associated physical and mental declines. Messaging around preventive measures should also change. In young age, aerobic exercises are important to prevent NCDs. In older age it becomes equally important to strengthen muscle mass and balance”.

Countries need to assess their own local situations and make decisions appropriate for their setting to best deliver an all round care to the older people.

The 1986 Nobistor Affair meant to overthrow the Rawlings-led...
33 minutes ago