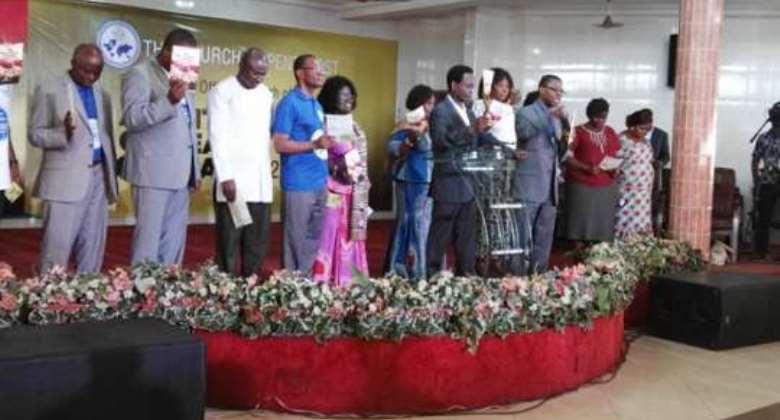 By Morkporkpor Anku, GNA
Accra, Sept. 9, GNA - The Church of Pentecost Worldwide has launched its 'Agent of Peace Campaign' aimed at challenging Christians across the nation to make themselves Agents of Peace as we head to the December General Elections.

The initiative is designed to educate and challenge members of the Church of Pentecost to become Agents of Change.

Apostle Professor Opoku Onyinah, Chairman, Church of Pentecost, speaking at the launch in Accra said it is the duty of all citizens to champion the cause of peace during and after the forthcoming elections.

He said as a church, leadership was interested more on the sustainability of peace, since the church has its headquarter in Ghana.

He said peace is an essential commodity in nation building, therefore, it is the mandate of all to support the efforts of leaders and authorities.

He called on leaders and members of political parties to desist from insulting one another during their campaign tours.

He said as agents of peace, the leadership have suggested some acceptable behaviours, which needs to be upheld including avoidance of needless arguments, avoidance of abusive language and avoidance of the use of derogatory comments.

Mr Emmanuel Zumakpeh, the Director of Administration of the National Democratic Congress, commended the leadership of the Church for their effort to promote peace in the country.

He, therefore, called on all in authority to continue to champion and propagate peace related issues for national development.

There were peace messages from the New Patriotic Party and other groups within the church.

As part of the campaign, leadership has designed a guide for Ministers and Church leaders.

Pastors are not allowed to use the church's pulpit as a political platform to propagate their support for a particular candidate.

In the same vein, they are not allowed to speak disparagingly about the party or candidate, they don't like from their pulpit.

As much as possible, for the sake of unity of the congregation, the leadership of the Church are encouraged to keep their political persuasions private. GNA