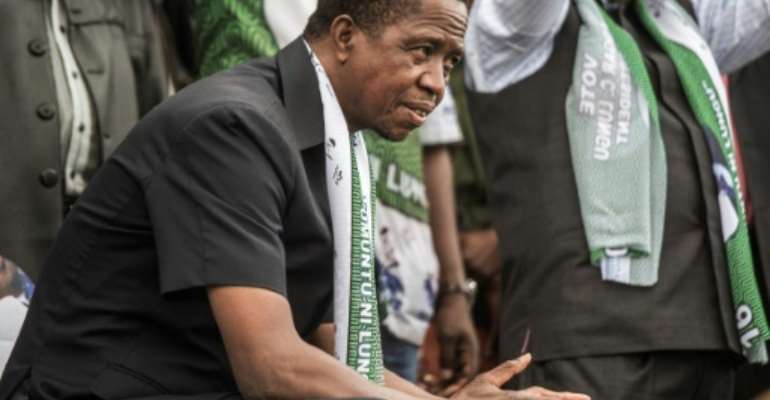 The inauguration of president Edgar Lungu is planned for September 13, 2016, after opposition tried to block it. By (AFP/Archives)

Lusaka (AFP) - The inauguration of president Edgar Lungu is planned for Tuesday, after opposition tried to block it

"The inauguration of president Edgar Lungu will go ahead as planned... the court has ruled in our favour," one of Lungu's lawyers, Tutwa Ngulube, said after the in-camera court session.

The high court ruling is the latest defeat for opposition leader Hakainde Hichilema, who earlier in the week tried to challenge Lungu's victory, claiming the election was rigged.

But the constitutional court on Monday dismissed Hichilema's petition to annul the results of the August 11 poll, which gave Lungu a narrow first round win.

One of Hichilema's lawyers Keith Mweemba said they would appeal the latest verdict.

"We are certainly appealing... We can't accept this," Mweemba said.

"After Lungu's lawyers saw our evidence they realised that they did not stand any chance and so Edgar bought the judges," he said.

Official results put Lungu narrowly ahead on 50.35 percent against 47.63 percent for Hichilema among a field of nine candidates -- just enough to avoid a second-round run-off.

Lungu, 59, first took office last year after beating Hichilema in a snap election, and has since faced falling prices for copper -- the country's key export -- soaring unemployment and inflation rising to over 20 percent.