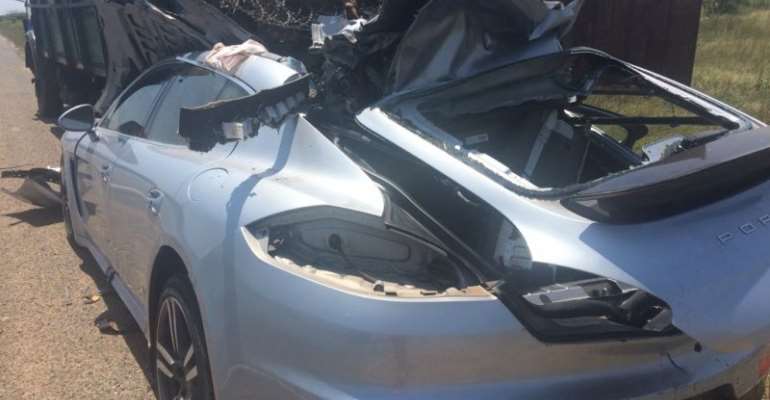 Scene of the accident

The only surviving brother of Greater Accra regional minister Nii Laryea Afotey Agbo has died in a ghastly accident at Ada.

Quaye, as he is known, died alongside two others in the accident Thursday night.

According to StarrFMonline.com sources, Quaye drove his saloon car into a truck carrying scraps.

His wife who survived the crash is currently receiving treatment at the 37 military hospital in Accra.

This is the third time the Member of Parliament is a losing a sibling in recent times haven lost two already.

Meanwhile, the minister is currently in the United States, according to family source.