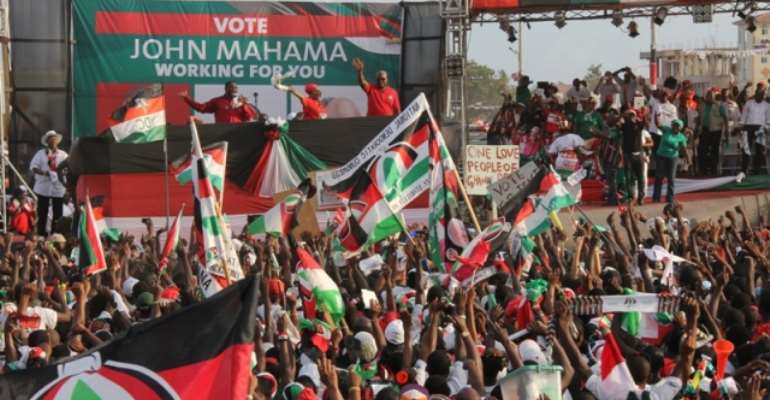 The National Democratic Congress (NDC), has vowed to snatch at least four parliamentary seats in the Greater Accra Region currently occupied by members of the opposition New Patriotic Party (NPP).

Out of the 34 seats in the region, the NDC and the opposition New Patriotic Party control 20 and 14 respectively; but the NDC is hoping to increase its number to 25.

The NDC argues that, it has worked hard enough to merit more seats in Ghana’s capital city.

Speaking to Citi News, Greater Accra Regional Organizer of the NDC, Anthony Nukpenu, said the NDC has put in place measures to achieve its objective.

“In this year's election, we are very hopeful to increase our seats to not less than 25. If there should be a voter turnout of 75 to 80 percent, we should be able to garner not less than 55 percent of that voter turnout in Accra. That expectation is leading us to work towards 1.5 million votes out of the 2.9 million votes on the register; which we think if 2.5 million would be voting, then 1.5 million should be for the NDC,” he added.

NDC's strategy for election 2016
The NDC has launched its national  and regional campaign teams aimed at ensuring victory for the party in the December 7 general elections.

Police smoke out Shatta Wale, handcuff him for faking gun at...
25 minutes ago