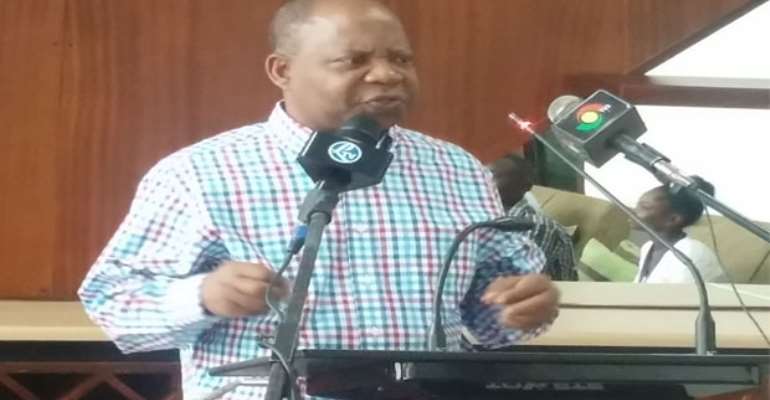 AS THE nation inches towards the December 7 general election, a renowned Kumasi-based minister of the gospel has urged voters to make their election decision on the basis of who can better manage the economy and create jobs for the unemployed youth.

Pastor Ransford Obeng, General Overseer of Calvary Charismatic Centre (CCC), says proper economic management and employment creation among other things, are determining factors that voters should consider in choosing leaders of the country.

Speaking to journalists ahead of a three-day spiritual encounter programme with Rev. Eastwood Anaba at the CCC duomo at Ayigya, a suburb of Kumasi, the man of God stated that much as he did not want to dabble in politics, it was important for him to call on Christian voters to look at their present economic situation and vote accordingly.

According to him, Ghanaians do not need soothsayers, but honest people who can tell them the realities on the ground about the economy and unemployment.

“As for me I will always tell the truth. I also go to the market like anybody and therefore, cannot be deceived. We can't use the pulpit to peddle falsity; and I need to tell my flock as it is,” he posited in an answer to a question on election prophecies.

In his view, a true prophet is the one who inspires confidence and gives hope to people, and that Rev. Eastwood Anaba “is a prophet of our time” who would increase people's faith in Christ Jesus during the three-day spiritual encounter.

He accused some prophets of engaging in a campaign of scaremongering in the name of election prophecies, while urging Ghanaians not to be frightened by such “unwholesome prophetic messages.”

Pastor Ransford Obeng noted that circular and spiritual ignorance had been at the centre of Ghana's woes and called for a “clear-headed” decision on matters of national concern to change the country's situation.