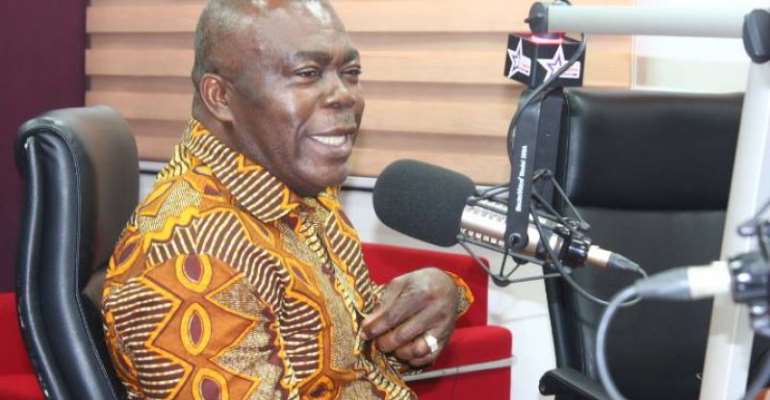 President Mahama in the heat of the 2012 general elections pledged to build 200 community day schools in his first term.

However, he admitted on Monday that he cannot complete all the 200 community day schools he promised, explaining that 123 schools were in various stages of completion confirming perceptions by doubters.

“In my next term of office, by the grace of God, we will complete all the 200 new senior High Schools that I promised,” said President Mahama.

Mr. Boateng applauding the president’s frankness said “sincerity is missing from our politics which is sad.”

Speaking on Starr Chat Wednesday, the man popularly known as Asabee added: “I think for him (president Mahama) to admit, now I admire him for that.” However, he said president Mahama should have thought through the pledge before making it.

Asabee served in various positions first, as special assistant to the Chief of Staff, and rising to become a deputy minister and then a full cabinet minister holding three key portfolios. These are local government, Rural Development and Environment; Tourism and Diaspora relations, and Information and National Orientation.

Also, Member of Parliament for the Mfantseman West constituency in the Central Region in the 2004 general elections for a four-year term.

Go complete Aflao E-block if you're giving ultimatum to my m...
35 minutes ago

Shatta Wale, three others to spend one week in police cell
49 minutes ago