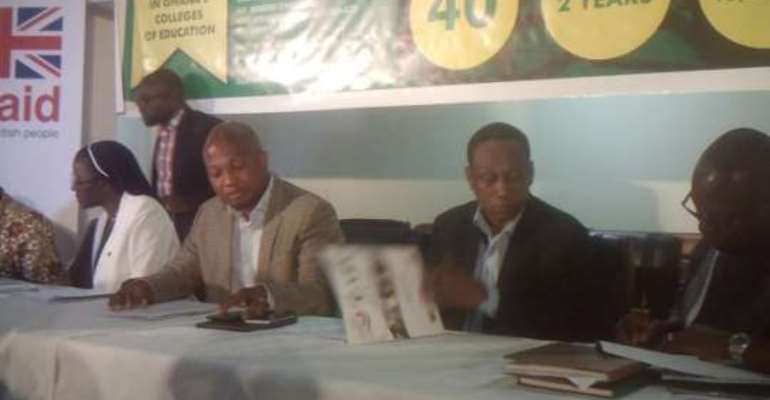 By Patience A. Gbeze, GNA
Accra, Sept. 7, GNA - A research conducted by the Centre for Migration Studies, University of Ghana, has revealed that migration leads to loss of cultural bearing.

The research, under the auspices of the Migrating out of Poverty Research Programme on 'Migration, Intra-Household Dynamics and Youth Aspirations in Ghana' revealed that most people who migrate and come home were unable to prepare the traditional meal and speak the local language correctly.

Dr Akosua Darkwa, a Lecturer at the Department of Sociology, University of Ghana, and a member of the research consortium, at a dissemination workshop in Accra, said the research, which explored how migration was changing gendered power relations and roles within households, focused on the Northern, Upper East and Greater Accra regions.

She said it also investigated the intra-household dynamics and youth aspirations in Ghana and it came to light that migration decisions were taken by the migrants themselves as their families saw the act as belittling the head of the family.

Dr Darkwah said the research revealed that the older people were normally opposed to migration because it portrayed the family heads as not playing their roles well.

'The younger people interviewed admitted that migration has increasingly become a significant driver of transformation within the family and households and a significant livelihood strategy adopted by many to move out of poverty.

'To these young people though migration is not good all of them expressed their willingness to migrate because they see their friends or elder sisters who migrate come back home with lots of basic items and some remit their families regularly,' she said.

She said for the first time in the history of Ghana female migrants out-numbered their male counterparts adding; 'in the olden days our colonial masters tailored migration for the male to come and engage in hard work such as farming and factory work'.

Professor Mariam Awumbila, the Director of Migrating out of Poverty Programme at the Centre for Migration Studies, University of Ghana, said females were playing important roles in migration and attention must be focused on their welfare.

She said even if the remittances they brought home came in small bits they contribute to improve upon their families.

She said the consortium was working on a proposal to look for funding for the economic and social remittances of migrants.

Dr Joseph Teye, the Co-ordinator of Migrating out of Poverty Programme, said migration could not always be said to be bad because some people migrated to add to their fortunes while others also did so to break their poverty cycle.