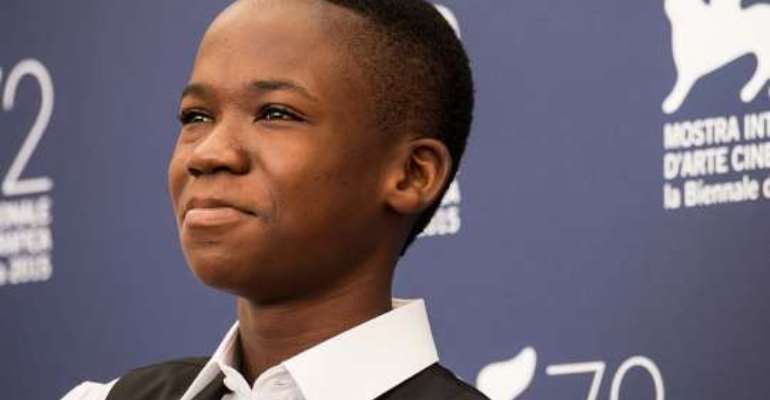 By Caroline Pomeyie, GNA
Accra, Sept. 7, GNA - Abraham Attah, Hollywood based Ghanaian actor known for his role in the Netflix film, 'Beasts of No Nation', has reached an agreement with AfriGold Impact to embark on a peace campaign for the December polls.

He said 'I will be in US during the election, however, it is important that Ghana remains peaceful before, during and after election. This is my home and my family is here so I support the cause of Afri-Gold Impact in its peace campaign.'

The Abraham Attah Foundation and AfriGold Impact campaign tour dubbed: 'Ghana Peace Drive', is to educate the public on the essence of maintaining peace in this political season.

The project will begin in October and will end after the December elections.

A statement delivered by Mawuko Kuadzi, the manager of Abraham Attah after the signing of the Memorandum of Understand said, 'Even though I will not be here in person, my input will be seen in different ways and this project will contribute greatly in ensuring peace'.

He said the team would tour to various communities to show an infotainment documentary and called on the media and general public to support the effort.

He said over ten thousand T-shirts with peace inscriptions will also be distributed for free as part of the campaign which is aimed at sensitising the public against violence and encouraging peaceful co-existence.

Mr Botchwey said 'not every Ghanaian has access to information and not all Ghanaians are literate. We want to reach out to the deprived communities and make them understand the importance of peace'.

I can’t blame my visa denial to Netherlands on anti-LGBTQ+ a...
42 minutes ago