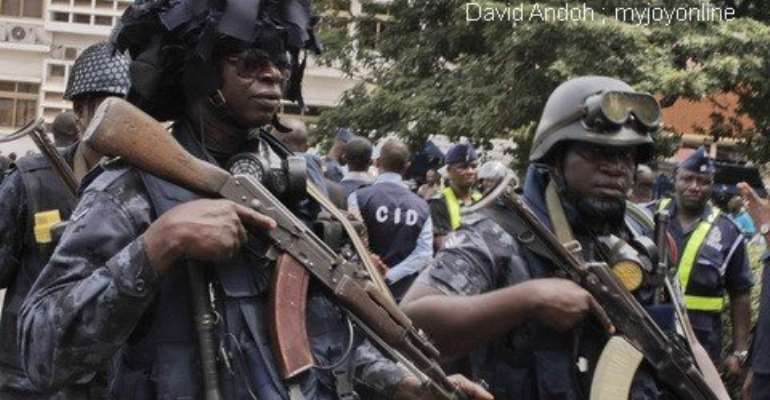 The Election Security Task force has begun an anti-violence campaign ahead of the 2016 presidential and parliamentary election.

The campaign is targeted at reducing tension at the various polling stations described as election hot spots.

The Electoral Commission Chair Mrs Charlotte Osei on Wednesday said over 81 constituencies across the country have become notorious for violence.

According to the head of the Election Security task force Chief Supt Dr Ben Agordzor, who confirmed the statement by Mrs Osei, the taskforce has broken the constituencies down to polling stations, with over 5000 of the stations believed to be potentially violent.

He told Joy News Editor Dzifa Bampoh the task force is putting in desperate measures before, during and after elections to ensure peace.

He said the task force has begun some training session for members in the Upper East Region, adding some of the members have been to the volatile areas to speak to the youth about the need to keep the peace during elections.

He said all the stakeholders, including political activists, leaders of political parties, civil society groups have all been engaged to take part in the campaign for peace.

He cited the Ada declaration which had all the leaders of the political leaders sign on for peace in the 2016 elections.

"So far as police is concerned vigilante groups are illegal," he said, adding the police have that clear to the members of such groups.

"As we speak now we don't hear much of them because we are educating them," he pointed out.

On security provisions made on election day, Dr Agordzor said at least two security personnel will be posted at the various hot spots across the country.

Depending on how volatile the place is the number is likely to be increased, he added.