Recalling IMANI 2008 Election Analysis: What Are Their Business Plans for Ghana? 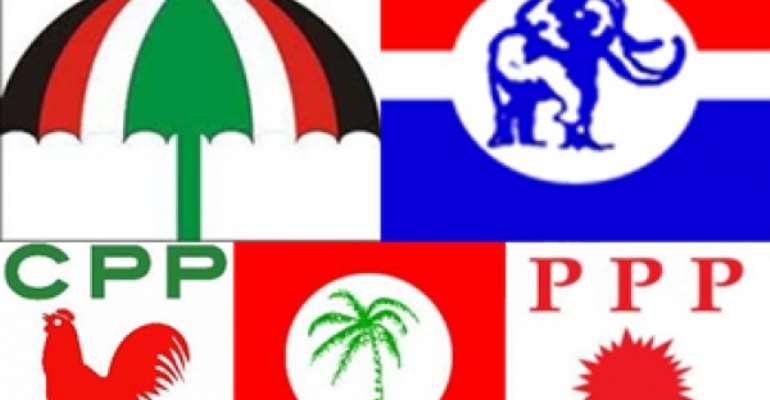 The question explicit in the title of this article is directed at the political parties aspiring to govern this country. We are by no means ignorant of the fact that nations are infinitely more complex than businesses. Nor are we by ‘business plan’ referring to those multi-year ‘development plans’ favoured by certain ‘political visionaries’ ONCE THEY ARE IN POWER.

We use ‘business plan’ generically to refer to any espousal of a plan of action that also contains some financial figures by means of which the viability of the plan in question can be evaluated. In the context of the political parties we are addressing, we are inquiring whether their MANIFESTOES, in their currently released or about to be released forms, are viable plans of actions.

You will appreciate our point better after you have read the underlisted ‘promises’ made to the electorate by the various political parties vying for our votes:

1.Provide free secondary education to all pupils in an extension of the current FCUBE program.

3. Provide free electricity to the masses by means of ‘permanent magnets’.

4.‘Grow’ donkeys in sufficient numbers to transform the agricultural capacity of the North, in an integrated pastoral system in which the donkeys provide both free ‘fertilizer’ and mechanization-substitutes.

5.Mobilise internal resources to the tune of $840 billion, up from the current ~$7 billion. On a comparative basis, this means Ghana’s GDP during the tenure of this party will be ~$2 trillion, making the country the 5th wealthiest in the world – richer than the UK and France.

6. Construct a pipeline from the newly discovered Western offshore oil fields to the North as part of an integrated petroleum complex. Figures from comparative endeavours elsewhere in the world (taking into account the geographical and industry context in Ghana) suggests a project outlay of 5 to 8 billion dollars (definitely greater than the current combined national expenditure).

What we find worrying is that when journalists choose to scrutinize these plans, even in the superficial manner they usually adopt, they ask a generic ‘how will you do it’ question, thus providing enormous room for politicians to ramble long-winded strategies containing even lesser content than the original statement of purpose.

It is not sufficient for a political party to ‘cost’ the individual initiatives they are proposing, something most of them are not even bothering to do anyway. They must produce a COMPLETE pro-forma budget which demonstrates what the opportunity cost for each initiative will be by showing the source of budgetary receipts alongside the inventory of expenses. A manifesto without such a pro-forma budget cannot suffice as a proper statement of intent.

Nearly all political schemes are feasible in a certain context. The true measure of feasibility comes when all the schemes are hung together and their costs summed up against projected inflows of resources to determine whether the overall political program is viable or not.

It may be entirely logical to argue for the entire northern corridor to be turned into an irrigation belt in order to feed a proposed cereal industry, but the question is whether in the inevitable trade-off that must occur for that to happen we are happy to sacrifice low public debt, NHIS concessions or the school feeding program in view of the expected levels of tax gain and donor aid.

It is true that not all our compatriots are capable of following detailed assessments of political programs, and that only a few even bother to read manifestoes. But that is why the Media exists. That is why, like most other societies, an academic elite subsists on the backbreaking labour of manual workers and other economic producers. It is the duty of such to transmit sophisticated analyses in forms accessible to the general population. But the quality of what they convey will, obviously, be coloured by the substance of what they receive from politicians.

Our argument is further that calls for an ‘issues-based’ electioneering campaign are empty demands unless we place a greater emphasis on improving the quality of manifestoes as actionable statements of intent. What constitutes an ‘issue’ is ultimately a subjective decision over which reasonable people can disagree.

Objective politicking, on the other hand, cannot proceed in the absence of some form of figure-based analysis and commentary.

We call on the Media and Civil Society institutions in this country to join us in a loud demand for all political parties to supply pro-forma statements of national accounts for, at least, their first term in office alongside, and correspondent with, their manifestoes.

What Are their Business Plans For Ghana (Part II)

– X = Y + Z + W
By Bright B. Simons & Franklin Cudjoe
We wrote in an earlier article ( http://africanliberty.org/node/420 ) that the political programs of all the political parties are, or should be, significantly restricted by the financial figures they are able to produce in support of their pledges.

For example, if a political party pledges that it shall expend X dollars on its political program, two figures must immediately be demanded: the domestic revenue mobilization component (Y) and the external input component (Z). Obviously, X = Y + Z.

The plausibility of the Y figure, without doubt, can easily be determined by looking at the IRS and CEPS figures for the current dispensation (a task made easy by the availability of Revenue Agencies Governing Board reports). In doing this, the concerned observer ought to make room for plausible GDP growth, as this impacts on domestic revenue gain. Nevertheless, the compound growth of domestic revenue yields is unlikely to exceed 30% of present day totals over the course of the forthcoming 4 years. The impact of the oil find is discussed separately.

The Z figure comprises of domestic debt (loans from local sources and treasury bills), and credit raised on the international markets (through government bonds or direct loans from the global private sector), as well as donor grants and multilateral/bilateral loans and the proceeds of state enterprise diversitures. All these components are predictable to a reasonable degree. Or at least it is easy to objectively question the assumptions on which they are based, thus furthering non-partisan analysis and public interest discourse.

Other income receipts such as dividends paid to the state as a result of state interests in operating enterprises and royalties from natural resource (mining etc.) concessions fluctuate more erratically, but their overall contribution to the state budget tend to be minimal and it is possible to make educated estimates into the future.

Thus a political party should be able to take account of these ‘major numbers’ when drafting its manifesto if the citizenry is to be assured of its competence to deliver, since they are the product of basic calculations.

For instance, the Z figure cannot be tampered with capriciously since any loan element impacts on the national debt, which in turn impacts on interest rates. Interest rates affect sustainable GDP growth and the rate of inflation. Thus if the Z component of a party’s financial plan in its manifesto is much too high (especially in comparison with the Y component – the domestic revenue component), one can only expect that the national debt will skyrocket leading to adverse outcomes that may undermine the party’s ability to deliver its program. The grant element (‘free’ money from donors, as it were) is easily projected based on past figures (especially so in recent times due to the emergence of the multi-donor budget support system), thus the flexibility of a political party to raise funds resides primarily in the loan elements of the Y and Z component. However as we have mentioned above, the loan element impacts on national debt (and, when concentrated in the Z –domestic- component, may also crowd out the private sector).

Another revenue element that is likely to come up frequently in debates during manifesto discussions is the projected inflow of oil proceeds. The first two years of the next government will not see any flow of oil revenue. From 2010 to 2012, the remainder of the next term, oil production will average about 100,000 barrels a day. The historical mean of oil prices suggests 100 dollars as a prudent projection.

This implies that the gross oil proceeds for the forthcoming - 2008 to 2012 - term of the next government will be 7.5 billion dollars. Value addition is unlikely to occur in Ghana between 2010 and 2012, thus we must use the Brent crude figures adduced above for our analysis. We must not add auxiliary economic activities since these have already been factored into the gross oil proceeds (the oil companies will only pay out of what they earn to any spin-off sectors). Let’s bear in mind also that the rise of increasingly autonomous supplementary service industries will be a delayed rather than immediate development. Lastly, gas output, from what we have been told, is likely to be negligible over the period under discussion. 7.5 billion dollars thus seem a rigorous projection. We must then consider total government receipts from these gross oil proceeds.

If royalties have been negotiated at 15% and a further 25% is charged as corporate tax, then 40% of the above-stated proceeds will accrue to government. It is highly doubtful that the oil industry will pay 40% of gross earnings in a new contract to a government that is new to the sector (all this notwithstanding any provisional agreements already in place – we assume that a new government can renegotiate any pre-existing arrangements). 30% of gross will be generous, but we will use that figure all the same. This implies that the revenues accruing to the next government from the oil sector during its tenure is highly unlikely to exceed 3 billion dollars. We must consider oil a special category of revenue component and label it W.

In that sense the manifesto programs of all aspiring political parties are constrained by the elementary first-order equation: X = Y + Z + W, on the revenue side (better informed analysts shouldn’t hesitate to maul our calculations). Civil Society and Media must ensure that our politicians, in their pronouncements going forward, show the discipline imposed by this constraint.

Bright B. Simons is Honorary Vice-President at IMANI. Franklin Cudjoe is Founding President and CEO of IMANI. They first published these articles in 2008.

Latest Photo Reports
Catch up with all the political quotes from our politicians.
Advertise here
More Opinion
ModernGhana Links
The police must release Shatta Wale immediately and apologise to him
Who benefits from the creation of the new block AUKUS?
Funny Face and Shatta Wale got it all wrong
Anglo Gold Ashanti: Provide answers to your opaque, shady deals
Problems facing people in the rural areas.
We Bono youths are solidly behind Dormaahene on his radical approach to the Anti-LGBTQI+ Bill
Hon. Ramadan a friend by action; A servant in deeds
Bawumia’s Leadership Style Make Him Delegate’s Choice
The Sin Of The Ghanaian Law Student
TOP STORIES