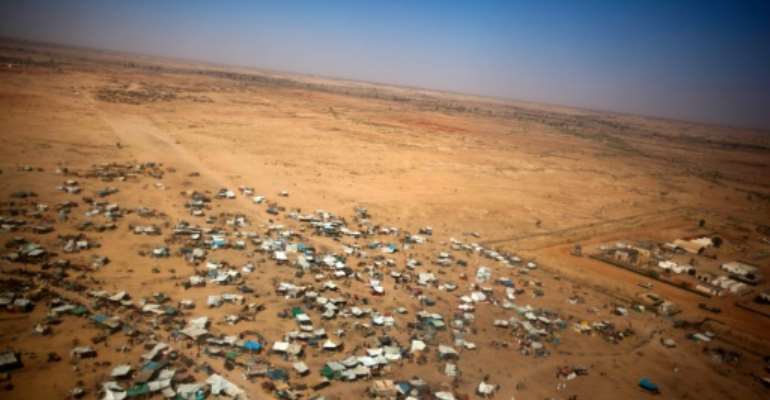 Tens of thousands of people have been killed and millions displaced over the years in the three regions of Darfur. By Albert Gonzalez Farran (UNAMID/AFP/File)

El Fasher (Sudan) (AFP) - Sudan was poised to declare an end to 13 years of conflict in Darfur on Wednesday despite deadlock in African Union-brokered peace talks and persistent fighting that has driven thousands from their homes this year.

President Omar al-Bashir was to make the declaration at a ceremony in the North Darfur state capital El Fasher to be attended by Qatari emir Sheikh Tamim bin Hamad al-Thani and Chadian President Idriss Deby.

Qatar has hosted successive rounds of peace talks between the Arab-dominated Khartoum government and the ethnic minority rebels who took up arms in 2003.

Talks in the Qatari capital Doha in 2011 led to a peace deal with one small rebel faction -- the Liberation and Justice Movement -- and Wednesday's ceremony was to mark its implementation.

"Today, President Bashir will attend a celebration to declare that the Doha peace accord has been fully implemented in Darfur," the official SUNA news agency quoted North Darfur Governor Abdelwahid Youssef as saying.

Television footage showed crowds of thousands gathering for the ceremony, many of them carrying pictures of Bashir and the Qatari emir.

Khartoum has repeatedly sought to declare an end to the conflict in Darfur this year, claiming that an April referendum backing the current five-state division of the region turned the page.

But the vote, which was boycotted by the rebels, was widely criticised by the international community and in June the UN Security Council voted to extend the mandate of an 18,000-strong peacekeeping force which the world body runs jointly with the African Union.

Khartoum had strongly opposed the extension but the Security Council said that persistent fighting between government forces and the rebels had driven 80,000 civilians from their homes in the first five months of the year alone, adding to hundreds of thousands of displaced people already living in camps.

Two rebel groups -- the Justice and Equality Movement (JEM) and the Sudan Liberation Army faction headed by Minni Minnawi -- have signed an African Union roadmap for a ceasefire but talks on its implementation broke down last month.

A third rebel group -- the SLA faction headed by Abdelwahid Nur -- has not signed the roadmap.

The JEM announced on Wednesday that it would release all prisoners it had captured during fighting with government forces.

"The movement will coordinate their transfer to Khartoum," it said, without giving any explanation of the timing of its announcement.

Neighbouring Chad has been a major player in the Darfur conflict.

It was a key supporter of the JEM while Khartoum supported Chadian rebels but after both countries' capitals came under attack in 2008, the two governments mended fences.

Bashir is wanted by the International Criminal Court on war crimes charges related to Darfur, which he denies.

His government has mounted a brutal counter-insurgency against the rebels, and in the ensuing conflict at least 300,000 people have been killed, according to the United Nations.