No, President Mahama cannot be classified as a serial philanderer 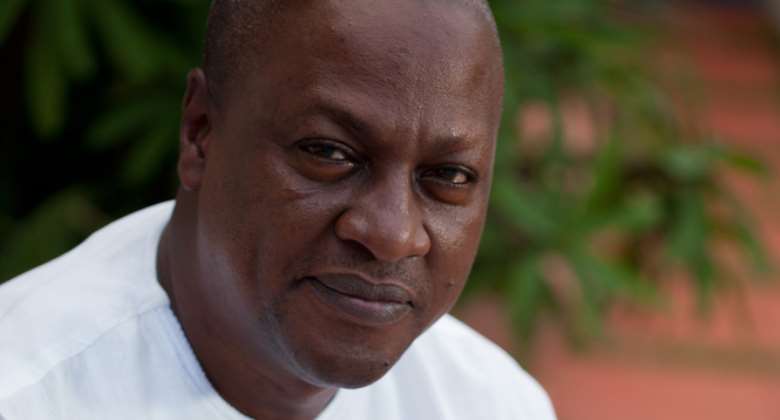 Following the two previous publications on President Mahama’s alleged extra marital affairs (see: ‘President Mahama is not a womanizer’; ‘My heart bleeds for Mahama’), I have received numerous feedbacks from a large number of discussants. Moreover, some discussants have promised to forward the audio recordings of alleged amorous conversations.

Even though President Mahama has morosely disclosed his extra marital affairs to the least reliable Africawatch magazine, the facts about his ceaseless lechery are somewhat unclear.

For example, the ponderous question about the actual number of his biological children has not been answered. Meanwhile, gossipmongers are coming out with different figures, ranging from 19 to 23 children from various women.

This article thus grubs into the divergent views of the various discussants, many of whom are flabbergasted about their president’s alleged philandering.

While some readers hold a view that after all President Mahama is his own man and he does not need to account to anyone about the actual number of his children, other discussants are of the view that he is the president of Ghana and therefore discerning Ghanaians have the right to know his family size.

Yes, I agree with those who demand explanation from President Mahama about his family size. Indeed, if he has come out to tell the public that he had had numerous children outside his marriage, then he should be bold and honest enough and tell discerning Ghanaians the exact number of his biological children.

There is also a school of thought who premised their arguments on biblical narratives and contends that after all, polygamy is from Adam’s time. They, however, argued that even the biblical King Solomon had more than thousand wives and concubines.

Moreover, President Mahama’s apologists contend that after all, the President’s father, “the late Emmanuel Adama Mahama, a former regional minister in the Nkrumah regime had 19 kids by various women”.

In fact, I would like to disagree with those who are seeking to buttress their view point with biblical narratives. My disagreement is predicated on the fact that the President’s father was a devoted Moslem, whose religious beliefs entitled him to marry up to four women.

Conversely, President Mahama has pegged himself off the Islamic principles and sought refuge in Christianity, where polygamy is forbidden.

Yes, President Mahama did not fancy the Islamic principles, hence decided to follow Jesus instead of Mohammad.

As a matter of fact, if President Mahama happened to be a devoted Moslem, he could have married up to four wives and no one would have raised any qualms because it would have been his religious right.

Unfortunately, however, he has missed such a fine opportunity to have four different women as his bona fide wives.

More importantly, if King Solomon had over thousand wives and concubines, I for one, won’t support that as discernible decision, contrary to what the religious extremist would want us to believe.

More so I would like to think there were no insidious sexually transmitted diseases such as HIV-AIDS, syphilis and gonorrhea in biblical King Solomon’s time else he would have probably died from one of those killer diseases.

Given the current conditions, it would be unwise for any man to pursue women lecherously. So I acquiesce with those who insist that a president of the nation should set a good example, for it is never right for the leader of the nation to philander about carelessly.

Of course, we are all sinners before the Almighty God, but the fact of the matter is that we cannot behave as ‘saints’, meanwhile we are worse than the Lucifer himself. After all, doesn’t the holy book say “let your light shine in the dark?”

I hate to say this, however, I have no option than to state that the dust will not settle unless President Mahama comes out and tell Ghanaians the total number of his children.

If he fails to come clean on the actual number of his biological children, it will be seen as an irrevocable dishonesty on the part of President Mahama.