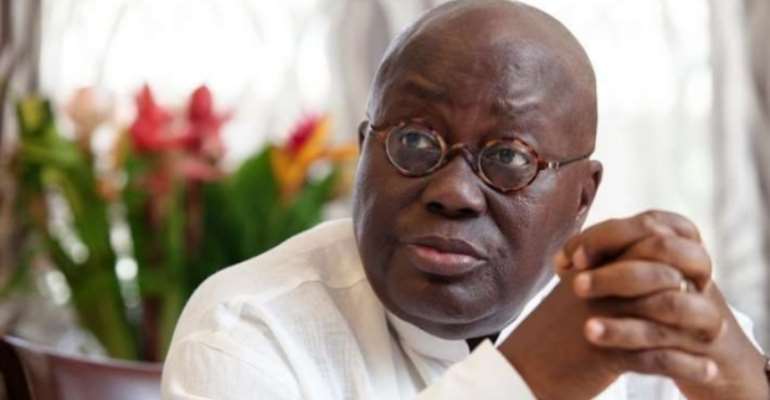 An audacious target set by the New Patriotic Party (NPP) to achieve 60% landslide victory in the upcoming general elections has been described as too ambitious.

According to a Political Science lecturer at the University of Ghana, Dr. Evans Aggrey Darko, the target will be very difficult to achieve.

This he said is because their main contender, the incumbent National Democratic Congress (NDC), has a track record of winning elections too.

“It will be difficult for anybody to clinch this high percentage but as I said, it pays also to be optimistic,” he added.

Dr. Darko made the comment on Eyewitness News in relation to a bold declaration made by acting Chairman of the NPP, Freddie Blay, who predicted 60% vote margin for his party.

Mr. Blay said his party is not looking at winning just 53%, but would rather win with a massive landslide to make it very difficult for anyone to reject the verdict.

“In Ghana, we will definitely have a landslide; we are not going for 52 or 53% as some people are saying. We are aiming at over 60% and I said it's a one touch landslide victory for us,” he said, adding that in the Ashanti region, they will get over 90% of the votes.

But Dr. Aggrey urged the NPP to be cautious with such high targets since it will send a wrong signal to their supporters if the party fails to win.

“If you look at the trajectory, it's a bit ambitious. But in life, one has to be optimistic. We come face to face with two major ideals in the world; what we call them idealism and realism, and when these two concepts clash, they go for realism. So I believe that as we inch close to the elections some pundits and some analysts would want to revise their notes. It's going to be keenly contested elections. Don't forget that the competitiveness of election, is also one of the key ingredients of credible elections. So the fact that it's going to be competitive is good for us.”

“The only caution is that, you don't give too much hope to your supporters. What you need to do is that, you ought to be cautious and they ought to tighten their belts, they ought to work hard. Don't forget that you are coming face to face with an incumbent party which has a serious track record when it comes to winning elections. And therefore you ought to be very careful whilst you are remaining optimistic, you need to also work very hard,” he added.

We'll win 80% of votes in Ashanti Region
Flagbearer of NPP, Nana Akufo-Addo, had also predicted stated that  80% votes for the party in the Ashanti Region, its stronghold, will mean they are closer to the presidency.

“The polls going on in Ashanti Region are encouraging but we all know that if we hit 80% of the popular votes in Ashanti, we have one and a half feet in the door of Jubilee House. So I'm begging you, let us make this year 2016 the year of the elephant,” Akufo-Addo said when he was addressing executives and parliamentary candidates in the Ashanti Region on Monday.