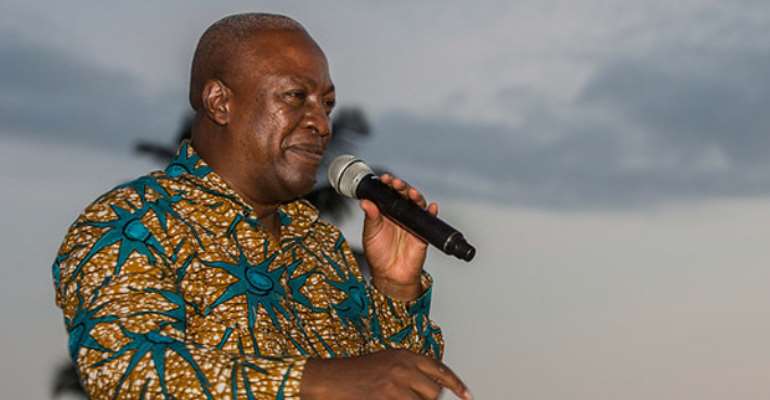 President John Dramani Mahama has denied attacking the person of his main contender in the elections, Nana Akufo-Addo on the campaign trail adding that, Nana Addo and his team attacked him first.

According to him, he has rather endured name-calling and insults from Nana Addo and the NPP over the years.

Mahama had described flagbearer of the NPP as a divisive leader and a dictator, who in his view cannot run the country.

Defending his comments on Metro TV's Good Evening Ghana on Tuesday, Mr. Mahama said the criticisms against him are unfair, since the NPP and its flagbearer attacked him first.

“I'm a politician and I know it's an occupational hazard; sometimes to have your opponents vilify you so I don't take it as anything.”

“I'm campaigning and I'm saying that we need at this stage of Ghana's history somebody who can bring the country together and my opponent's track record does not fit that role because in his own party, he is not able to bring his people together. Today; it is the truth, people can't criticize Akufo-Addo in NPP, if you criticize him, they will suspend you or sack you or his attack dogs will set on you. Ask people in NPP, they are quiet, they can see the bus is going to crash but if they say it they will attack them. so they are waiting for the bus to crash, and when it crashes, I said they will take the bus and send it to Kokompe to repair it and put it back on the road for 2021.”

“He should learn to accept criticism, I do, people insult me, vilify me, I don't utter a word. And so when I say you cannot unify your party so you cannot unify Ghana and I think that the kind of president Ghana needs at this stage in our history is one who can bring us together. And so you must prove a track record that you can bring  people together and most people do not think that he can do that,” he added.